Like Lebanon power outages in Egypt became a routine 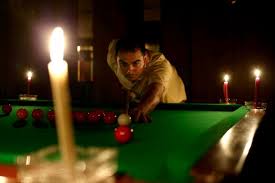 When his neighborhood is plunged into darkness, high school student Maximos Youssef is forced to study for his year-end exams — critical in determining his future job prospects — by the light of a candle.

Youssef says he is in no mood to learn, and the flame only makes sweltering summer nights without fan or air conditioner even hotter. But, he says, “there is no other option. We have exams. We need to study.”

The 18-year-old is one of millions of Egyptians whose tempers have been frayed by the recurrent power cuts hitting the country in recent days, blamed on — and contributing to — the nation’s plummeting reserves of foreign currency.

The outages have sparked scattered street protests across Egypt and calls on social networking sites for people to stop paying electricity bills, compounding the challenges facing President Mohammed Morsi and undermining the Islamist leader’s attempts to restore a sense of normalcy after two years of turmoil since the country’s 2011 uprising.

Morsi says Egypt only has 80 percent of its electricity needs met and that its turbines are outdated. “We have a real energy problem in Egypt,” he told reporters over the weekend.

A surge in crime, persistent street violence and political instability have compounded the crisis by scaring away tourists and investors, leaving the country cash-strapped for fuel needed to keep power stations running.

In the southern city of Luxor, a popular tourist destination, the lights went out in the international airport and in ancient Egyptian temples recently —raising fears that the power outages will further sap tourism.

Fuel shortages have already impeded daily life for millions. For months, drivers have had to wait hours in long lines to buy subsidized fuel. Some factory owners have turned to the black market to cover their needs.

While blackouts occurred under Egypt’s longtime autocrat Hosni Mubarak, who was ousted in the uprising, they became more frequent last summer. As temperatures climb again this year they have become part of daily life, even in the most upscale districts of the capital.

The outages have come to symbolize the disorder of the post-Mubarak era.

“It certainly is state mismanagement,” said Saber Mohammed Saber, a 30-year-old chauffeur. “The president is not competent,” he said. “This didn’t happen in the time of Hosni Mubarak.”

Morsi says his government is arranging to cut off electricity for a maximum of two hours twice daily, but residents of poorer towns and villages complain that the outages last much longer.

Amir el-Deeb, 29, who lives in the poor Boulaq el-Dakrour district of Giza near Cairo, says lights go out five times a day there. He is particularly concerned because the Muslim holy month of Ramadan begins in July and those who observe the daytime fast often stay up late at night for prayers and meals.

The government has urged citizens to reduce electricity use during the summer. Last year, Prime Minister Hesham Kandil was mocked for advising citizens to gather at home in one room and wear cotton as a way to cut down on air conditioning use. Political satirists dubbed him “Hesham Cottonil”, referring to one of Egypt’s largest undergarment manufacturers.

Many said Kandil’s comments revealed that Morsi’s government does not have concrete solutions to the power crisis, which has been politicized by opposition groups who say the government is failing to provide basic services.

The Egyptian Social Democratic Party for example last week launched an initiative to allow students to study in their offices nationwide under battery-powered lights.

Mahmoud Ramzy of the party says Morsi’s government is approaching the problem in the same manner as Mubarak did, leaving “the citizen to bear everything.”

“This is a problem because at some point the citizen will feel that he is the state and that there is no institution or anybody above him,” Ramzy said.

Some are already refusing to pay electricity bills to protest the outages.

Omar Wally, a founder of a campaign on Facebook to boycott paying electricity bills, says Morsi has been in power for almost a year and the problem appears to have worsened.

“The state must provide us with a service if it wants us to pay. If there is no service, we will not pay,” Walli said.

Electricity Ministry spokesman Aktham Mohamed Abou El-Ela told The Associated Press that the government has earmarked $200 million to be used by the Oil Ministry to buy fuel for power stations.

The government is vying for a $4.8 billion loan from the International Monetary Fund as one way to boost its foreign currency reserves, which have plummeted to $14.4 billion since the uprising. The reserves help pay for fuel subsidies that keep electricity bills relatively affordable.

But more money would still not immediately solve the shortfall of about 3,000 to 4,000 megawatts.

Mohab Helmy, a 21-year-old student who lives on the outskirts of Cairo, says the randomness of the outages is what irks him the most. Lebanon, for example, tells residents and businesses ahead of time when electricity will be cut.

“Why don’t they publicize a schedule of the cuts so we can be prepared when they come,” Helmy said. “Then we could either sleep or go out.”

Photo: Egyptian men play snooker by candlelight at a club in the Mohandessin district, in Giza, Egypt, Saturday, May 25, 2013. Blackouts happened under autocratic leader Hosni Mubarak, ousted in a 2011 uprising, and became more noticeable last summer. In recent months, as temperatures climb again, they have become part of Egyptians’ daily routine, even in the most upscale districts of the capital. Along with a stuttering economy, traffic-clogging street protests, and a crime wave, they have come to symbolize the disorder of the post-Mubarak era. The government has urged citizens to cut down on the use of electricity during the summer and said it is working on securing enough funds to buy fuel to solve the problem. In lebanon power blackouts have been a routine for years. People in Lebanon do not need clocks because the frequent power outages tell them the exact time (AP Photo/Hassan Ammar)