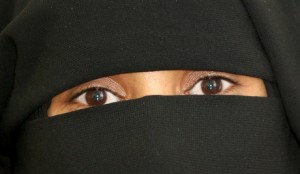 A suicide bomber has blown herself up in the capital of the troubled southern republic of Dagestan, Makhachkala, officials say.

At least 11 people, including five policemen, were wounded in the attack, which occurred close to an interior ministry building.

Two police officers and two civilians were said to have been seriously hurt.

In recent years, Russia has seen a number of attacks by women suicide bombers, known as black widows.

They are often related to Islamist militants killed during a separatist campaign against Russia, particularly in the North Caucasus.

The bomber in Saturday’s attack was also thought to have been previously married to at least one militant, Russian news agencies reported.

“She has already been identified as Madina Aliyeva, a widow. Her two previous husbands were also killed as members of militant groups,” the Dagestan president’s press secretary Magomedbek Akhmedov told Russian TV.

Her first husband was killed in 2009 and her second husband in 2012, a source told Interfax news agency. However, Interfax said the information could not be officially confirmed.

Some of the worst violence has been in Dagestan, bordering Chechnya. Four people were killed and many more wounded in two car bomb explosions in Makhachkala on Monday.

Dagestan was briefly home to the Boston bombing suspects, Tamerlan and Dzhokhar Tsarnaev. Tamerlan Tsarnaev, who died in the police operation to capture the brothers, made a lengthy visit to the restive republic last year.