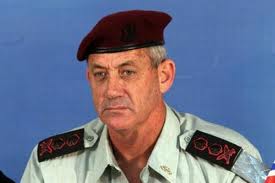 Israel’s army chief said that Bashar al-Assad would suffer heavy consequences if he destabilised the Golan Heights, in one of the most explicit warnings yet to the Syrian leader by a public official.

The comments came after a night that saw Israel fire into Syria following an attack on one of its military vehicles, the first of several such recent incidents in the border region for which Mr Assad’s government has claimed responsibility.

Speaking at a conference in Haifa on Tuesday, Benny Gantz, the Israel Defence Force’s chief of staff, accused the Syrian president of encouraging aggression in the area, where the two countries have exchanged fire several times in recent weeks.

“We will not allow the area of the Golan Heights to turn into an easy target for Syrian attacks,” Israeli media quoted him saying. “If he tries to do so, he will suffer the consequences.”

Overnight, shots were fired from Syria at an IDF patrol in the central Golan Heights, damaging an army jeep but causing no injuries. Israel’s army returned fire and reported a “precise hit”.

Israel’s army said it had lodged a complaint about the incident with the UN disengagement force patrolling the Golan, which has been weakened recently by a spate of kidnappings by Syrian rebels and vows by several countries that contribute troops to pull out.

Israel, which is avoiding direct involvement in Syria’s civil war, has until now abstained from threatening Mr Assad directly or publicly.

However, its air force has struck inside Syria three times this year in order to prevent the transfer of arms to the Lebanese-based guerrilla group Hizbollah, causing Mr Assad to threaten retaliation.

An unnamed senior Israeli official last week told the New York Times that if the Syrian president attacked Israel or tried to strike it through one of his proxies “he will risk forfeiting his regime, for Israel will retaliate”.

Mr Gantz’s more explicit warning will add to concern that tensions in the Golan could escalate into open conflict.