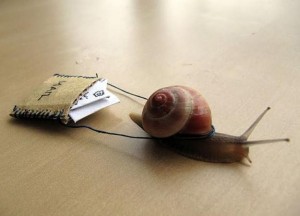 IRAN is reportedly tightening internet controls ahead of next month’s presidential election, mindful of violent protests inspired last time around over claims of fraud.

Authorities deny such allegations but have not explained exactly why service has become slower.

“The internet is in a coma,” the Ghanoon daily reports.

“It only happens in Iran: the election comes, the internet goes,” it said, quoting a recent tweet in Farsi.

Facebook, Twitter, YouTube and numerous other sites, including thousands of Western ones, have been censored in Iran since massive street demonstrations following the re-election of President Mahmoud Ahmadinejad in 2009.

Those protests – stifled by a heavy-handed crackdown that led to numerous arrests and even deaths – were instigated online and observers say authorities are choking the internet to prevent a recurrence.

One DVD vendor, who sells illegal copies of Western movies downloaded online, said “you can forget about downloading stuff; the bandwidth drops every other minute”.

A network supervisor at a major internet service provider in Tehran said his company had been unable to address complaints about slower speeds, particularly accessing pages using the HTTPS secure communications protocol.

“Browsing (the net) is difficult due to the low speed. Even checking emails is a pain,” he said.

The problem is not limited to slower speeds, but also affects what people can actually access.

Earlier this month, an Iranian IT website reported that the last remaining software enabling users to bypass filters imposed on net traffic “has become practically inaccessible”.

Among such software is the virtual private network (VPN), which lets people circumvent the filtering of websites.

VPN uses certain protocols to connect to servers outside Iran. In that way, the computer appears to be based in another country and bypasses the filters.

Blocking these protocols could theoretically contribute to slower speeds.

Ramezanali Sobhani-Fard, head of the parliamentary communications committee, said VPN was blocked in early March, which has contributed to slowing the internet, media reported.

He did not elaborate.

Authorities refuse to officially confirm the new restraints, but former officials and media reports have accused the Supreme Council of Cyberspace of ordering them.

Iran is preparing to elect a new president on June 14.