A steeper than expected rise in US shale oil reserves is about to change the global balance of power between new and existing producers.

Over the next five years, the US will account for a third of new oil supplies, according to The International Energy Agency (IEA).

The US will change from the world’s leading importer of oil to a net exporter.

Demand for oil from Middle-East oil producers is set to slow as a result.

“North America has set off a supply shock that is sending ripples throughout the world,” said IEA executive director Maria van der Hoeven.

The surge in US production will reshape the whole industry, according to the IEA, which made the prediction in its closely-watched bi-annual report examining trends in oil supply and demand over the next five years. 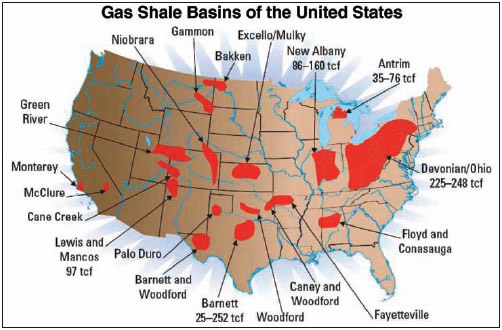 The IEA said it expects the US to overtake Russia as the world’s biggest gas producer by 2015 and to become “all but self-sufficient” in its energy needs by about 2035.

The rise in US production means the world’s reliance on oil from traditional oil producing countries in the Middle East, which make up Opec (the Organization of the Petroleum Exporting Countries), would end soon, according to the report.

Less than predicted
US production is set to grow by 3.9m barrels of oil per day from 2012 to 2018, accounting for some two thirds of the predicted growth in traditional non-Opec production, according to the IEA.

Meanwhile, global oil demand is set to increase 8% and this would be met mainly by non-Opec supplies, the report said

The IEA still expects production capacity by traditional Opec suppliers in the Middle East to continue to grow over the next five years, but at a slower rate.

The IEA cites the “growing insecurity in North and Sub-Saharan Africa” in the wake of the Arab Spring uprisings as a key reason for the slowdown.

“The regional fallout from the ‘Arab Spring’ is taking a toll on investment and capacity growth,” the IEA said.

Fracking
The sharp rise in US oil production is largely thanks to shale oil, a product many have hailed as the saviour of the US energy market.

Fracking, the process of blasting water at high pressure into shale rock to release oil (or gas) held within it, has become widespread in the US.

But critics of shale oil point to environmental concerns such as high water use and possible water contamination, the release of methane and, to a lesser extent, earth tremors caused by drilling.

The process has been banned in France, while the UK recently lifted a moratorium on drilling for shale gas.