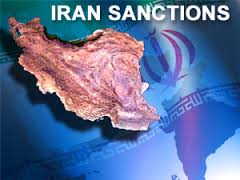 The United States on Thursday expanded its roster of those violatingIran sanctions, blacklisting four Iranian companies and one individual suspected of helping the country enrich nuclear fuel. It also singled out two other companies, including a Venezuelan-Iranian bank, accused of helping Iran evade other Western-imposed prohibitions on oil sales and financial dealings.

The penalties announced by the Treasury and State Departments came a day after the Senate introduced legislation that could effectively deny the Iran government access to an estimated $100 billion worth of its own money parked in overseas banks, a step that proponents said could significantly damage Iran’s financial stability.

That legislation, known as the Iran Sanctions Loophole Elimination Act, is expected to be integrated into a broader House measure introduced in February.

The actions on Thursday appeared to signal an accelerated American effort to squeeze Iran economically over the lack of progress in negotiations on the disputed Iranian nuclear program, which Iran says is peaceful but the West has called a guise to achieve the ability to make atomic bombs.

The latest round of negotiations last month ended inconclusively, and Western critics of Iran have accused it of stalling for time while it continues to enrich uranium. 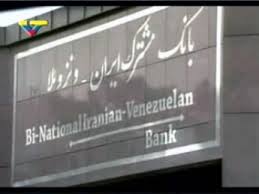 “With Iran’s nuclear program marching steadily forward, we need to work as quickly as possible to eliminate any sources of funding for the regime,” the chairman of the House Foreign Affairs Committee, Representative Ed Royce, a California Republican, said in a statement issued jointly with the ranking Democrat, Representative Eliot Engel of New York.

They said the committee would hold a hearing Wednesday on Iran’s nuclear activities.

Any assets that blacklisted companies or individuals may have under American jurisdiction can be frozen, and they are prohibited from doing business with American citizens or businesses. Other individuals or business that engage with those under sanctions are themselves subject to penalties.

Iran has characterized the sanctions as illegal bullying by the United States and its allies. Some critics of the sanctions have said they are more likely to harden Iran’s resistance.

“This action was taken in light of the ongoing concerns that the international community has with respect to Iran’s nuclear program, which Iran continues to refuse to address,” the State Department announcement said.

In what appeared to be a coordinated announcement, the Treasury Department’s Office of Foreign Assets Control, which helps administer sanctions, announced that it was punishing Sambouk Shipping FZC, based in the United Arab Emirates, for cloaking the origin of Iranian oil and selling it on the international market. The Treasury said that the company was owned by a Greek business executive, Dmitris Cambis, who was blacklisted earlier this year for ties to sanctioned Iranian companies.

In addition, the Treasury penalized the Iranian Venezuelan Bi-National Bank, based in Tehran, for engaging in financial transactions for the Export Development Bank of Iran, which has already been blacklisted.

“As Iran becomes increasingly isolated from the international financial system and energy markets, it is turning increasingly to convoluted schemes and shady actors to maintain its access to the global financial system,” David S. Cohen, the under secretary for terrorism and financial intelligence, said in the Treasury announcement. “As long as Iran tries to evade our sanctions, we will continue to expose their deceptive maneuvers.”