Could Natural Gas Save Lebanon? Nah.

by Ghassan Karam
779
By Ghassan Karam, No one doubts that laws of natural science; such as gravity and entropy, the second law of thermodynamics; are universal. The same logic leads us to believe also that many
Share: 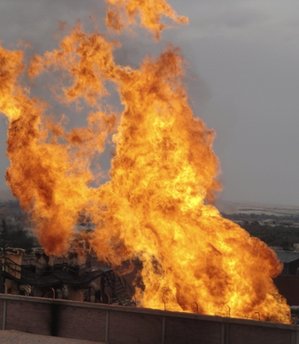 No one doubts that laws of natural science; such as gravity and entropy, the second law of thermodynamics; are universal. The same logic leads us to believe also that many characteristics that could be viewed as intrinsic are non negotiable and non alienable. Thomas Jefferson might have expressed the above sentiment the best when he declared that rights should be viewed as “derived from the laws of nature and not as the gift of their chief magistrate”.

Economics, by and large, is also a field that operates subject to universal principals that do not depend on race, geography or political structure of the state under consideration. Excess supply of any commodity or service, all other things being equal will lead to a decrease in the price being asked for such a good. By the same token whenever the sovereign increases money supply then the monetary unit would tend to lose part of its purchasing power irrespective whether one is dealing with Dinars, Rupees or Dollars. All the above is simple, clear and is held to be true by all. Given the universality of such believes then how can one explain the irrational idea that Lebanon is exceptional, at least when it is viewed through the prism of national debt. It is only logical that when a large number of countries violate a particular standard and each of them gets punished for it then one is to expect that any state that is to violate such a metric would be doing so at its own risk. Lebanon has the fourth highest Debt/GDP ratio in the world, if one is to discount St Kitts and Antigua. Only Japan, Zimbabwe and Greece have a higher Debt/GDP ratio while each of the countries that had met major challenges arising from their debt had a lighter debt burden than Lebanon (Italy, Portugal, Iceland, Ireland, Spain and France).

And yet we carry on as if there is no problem, as if we are exceptional, as if we can defy the laws of gravity. The lack of attention to such a major challenge is disheartening. Even the Ministry of Finance does not bother to publish updated information about this crucial issue; there most recent figures are as of December 2010, only two and a half years behind the times. Since Lebanon seems to have escaped the fate of other countries with high sovereign debt so far it is only fair to speculate about the factors that have led to this. The most common reasons given are the following:

What might be surprising, even shocking to many is that none of the above is a reason to rejoice, not even the potential income from natural gas if and when it is discovered and commercialized. A rough but realistic estimate of the potential revenue from natural gas will be under a billion dollars per year when the interest on the debt service is over $4 billion. Israel has just concluded selling 30% of its Leviathan field to an Australian company for $1.25 billion. Yes natural gas will help but it is not the panacea that it is hyped up to be. (Note the childish ads that say”Now that we have fossils we can build an army”). That would be such a waste.

But even if one is to dismiss all of the above and to observe the findings of the study that has become the gold standard for dealing with deficits, national debt and economic growth by Rogof and Rheinhart. They have shown very clearly that for over 300 years economic growth of an economy becomes highly constrained by its national debt especially when that debt gets to be about 9—95percent of the GDP. Lebanon’s is over 140 and will go higher as the rate of growth of the economy is less than the interest rate to service the debt.

The economic challenges on the horizon are challenging and unless we face them head on instead of putting our head in the sand the future will be very grim indeed, socially, politically and economically.