10 Syrians Dead or Missing in Ship Collision Off Greece 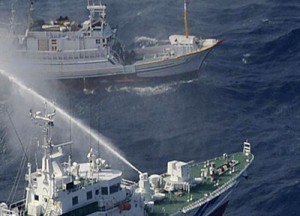 At least 10 Syrian sailors were dead or missing after two cargo ships collided off the coast of the Peloponnese region in southwestern Greece early Monday, the Greek authorities said.

The Pirireis, a Cook Islands-flagged vessel carrying fertilizer, hit the Consouth, which was sailing under an Antigua-Barbuda flag without cargo, shortly before 7 a.m. about 80 miles off the coastal town of Methoni, according to a spokeswoman for the Greek Merchant Marine Ministry.

“The Pirireis sank in seven minutes,” the spokeswoman said, adding that two of the vessel’s 17-member Syrian crew were found drowned by crew members of the Consouth. The crew of the Consouth — 10 Poles, 5 Russians and 1 Filipino — were all unharmed and were helping the Greek Coast Guard search for another eight sailors of the Pirireis who were missing, the spokeswoman said. A Greek Navy helicopter was helping scour the area.

The authorities said it was unclear what had caused the collision between the Consouth, sailing from Turkey to Malta, and the Pirireis, en route to Ukraine from Algeria; the weather had been good and the sea calm. In comments to Vima 99.5, a Greek radio station, the Greek shipping minister, Kostis Mousouroulis, indicated that “human error” was probably to blame amid reports that there had been no one on the bridge of the Pirireis at the time of the collision.