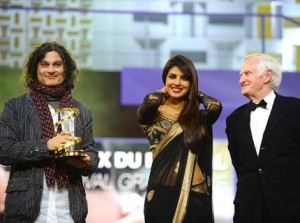 Drama about a Palestinian surgeon who discovers secrets about his wife following a suicide bombing banned by Lebanese government.

Ziad Doueiri’s new film The Attack has been selected at 19 international festivals to date, picking up awards and critical acclaim. But the Lebanese director’s film won’t be screened in his home country as it has been banned by the government.

The drama, based on a novel by Algerian author Mohammed Moulessehoul under the pen name Yasmina Khadra, follows a Palestinian surgeon in Tel Aviv, who in the aftermath of a suicide bomb discovers some dark secrets about his wife.

The banning of the film will not come as a surprise to many in Lebanon, where censorship is commonplace and filmmakers must submit scripts for pre-approval from the General Security.

But approval from the government is still no guarantee that a film will be screened. Decisions are regularly reversed and films have been banned even after reaching cinemas as officials react to complaints from sect community leaders in an attempt to pacify any potential tension in the divided country.

The Attack was originally given a green light by the Lebanese government, despite being filmed in Israel with Israeli actors, infringing the 1955 Lebanese Anti-Israeli Boycott Law.

“I was ecstatic,” said Doueiri. “I thought someone was finally thinking right.”

But the permit was withdrawn three weeks ago. Though the government are yet to give reason for their decision, the director puts it down to rising pressure from groups such as Israel boycott committees.

The choice of location for The Attack may seem provocative, but Doueiri – whose award-winning 1998 film West Beirut brought him international recognition – defends his decision to shoot in Israel, suggesting the boycott law doesn’t “serve the county or the Palestinian cause”.

The director’s main concern was to maintain the authenticity of the novel. He said: “Where else should I shoot the film? The film had to be shot where it takes place, in real locations.”

Doueiri intends to contest the decision and is prepared to fight “till the very end,” believing any judgement should come from the audience, rather than a “bogus committee”.

If he loses the battle, the film will most likely follow other banned local releases and reach the Lebanese public through pirated copies which Doueiri said “would be devastating financially and morally for the distributor and for future filmmakers who would find themselves having to censor their work in advance.”

He added: “We’re not politicians. We have other battles to fight.”