Lebanese clerics call for holy war against Hezbollah in Syria 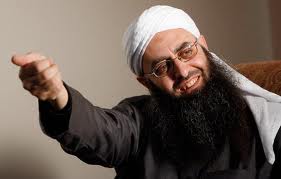 Two Lebanese clerics have called for a holy war to defend Sunni Muslims in Syria, saying they are coming under attack from Lebanon’s Shiite Muslim Hezbollah.

Syrian opposition groups have warned of Hezbollah involvement in the country’s 2-year-old civil war, saying it threatens to propel the bloodletting into neighboring Lebanon.

The two Lebanese Sunni clerics, Sheikh Ahmed al-Assir and Sheikh Salem al-Rafei, called on supporters to embark upon a holy war, or jihad, to help defend the Al-Qusair area in Homs province in central Syria against Hezbollah fighters. Battles have been raging for days in the area, which is strategically placed near the highway linking the capital, Damascus, to the coast.

Al-Assir called on “those who see themselves threatened by Hezbollah to form cells made up of five people each to defend themselves,” according to the official National News Agency.

Al-Rafei said by joining the fight in Syria, Hezbollah has violated the Lebanese government’s policy of distancing itself from the Syrian conflict, according to a statement he issued carried by An-Nahar newspaper. “The call for jihad will deter Hezbollah from supporting the killers,” he said.

The Iranian-backed militant group, a major force in Lebanese politics, denies it is fighting alongside the Syrian government that once dominated Lebanon.

Yesterday, the main Western-backed opposition group, the Syrian National Coalition, warned that Hezbollah’s role in fighting in Homs amounted to a “declaration of war against the Syrian people,” according to the Lebanese Daily Star newspaper.

“The Lebanese president and the Lebanese government should realize the danger that it poses to the lives of Syrians and the future relations between the two peoples and countries,” the coalition’s interim chief, George Sabra, said in Istanbul, according to the Daily Star.

The conflict has already inflamed sectarian tensions in Lebanon and sparked clashes between supporters and opponents of the Syrian government. Those skirmishes in turn reflect the sectarian nature of the fighting in Syria. President Bashar al- Assad belongs to the Alawite sect, whose religion is an offshoot of Shiite Islam. Syria’s insurgents are predominantly Sunni.

Hezbollah has denied it is backing Assad in the fighting, saying it’s helping Lebanese Shiites living in border towns and villages to defend themselves against rebel assaults. Syrian government forces have attacked suspected rebel supply routes inside Lebanon with artillery and warplanes.