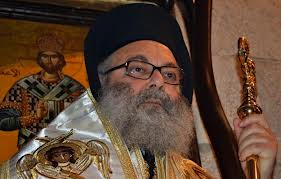 An association of Middle Eastern Christians on Tuesday said that two Orthodox bishops reportedly kidnapped by rebels in northern Syria have been released, in a statement citing Syrian sources.

The French “Oeuvre d’Orient” association said that the two — Bishop Yohanna Ibrahim and Bishop Boulos Yaziji, who were seized on Monday — were already at Saint Elias cathedral in Aleppo.

The Paris-based association, which works to help Middle Eastern Christians, said it was “delighted by the rapid liberation of the two bishops”.

But it said more should be done for the release of two priests — a Greek Orthodox and an Armenian Catholic — kidnapped for nearly three months.

Syrian state media reported that the two bishops were seized by rebels while they were on a humanitarian mission and their driver was killed.

But the opposition accused the regime of being behind the abduction, which was condemned by Pope Francis and the Russian Orthodox Church.

Kidnappings have become increasingly prevalent in Syria as law and order has broken down with the spread of the conflict between rebels and loyalist troops.

Christians account for about five percent of Syria’s population, and they have remained largely neutral or supportive of the regime since the outbreak of the uprising against the government in early 2011.

But the Syrian opposition also includes prominent Christian members, including George Sabra, a long-time dissident who was named interim head of the opposition Syrian National Coalition on Monday.