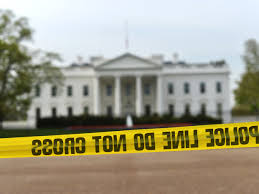 Washington, D.C., was sent into a frenzy Wednesday when a “suspicious substance” mailed to President Barack Obama was intercepted – one day after Sen. Roger Wicker, R-Miss., was mailed a letter laced with ricin – and a “suspicious package” caused the evacuation of Senate office buildings.

“The U.S. Capitol Police are responding to a suspicious package on the Atrium of the Hart Senate Office Building. All staff and other personnel are directed to avoid this area until further notice,” a Senate alert quoted by the Weekly Standard said.

In a breaking news banner pinned to the top of its website around noon Wednesday, CNN reported, “Suspicious package delivered to [Alabama] Sen. Richard Shelby’s office is being investigated, Shelby spokesman says.”

ABC News reported in a tweet, “Sen. Manchin just confirmed that his office on Capitol Hill in the Hart office building is in quarantine.”

“Capitol police say have cleared parts of two Senate office buildings over suspicious letters and package, and they are questioning an individual over suspicious envelopes,” reported Colin McDonald of Reuters in a liveblog entry.

Secret Service spokesman Ed Donovan said the letter to Obama was intercepted Tuesday and did not reach the White House, WJLA reports.

The FBI released this statement Wednesday about the White House letter:

A second letter containing a granular substance that preliminarily tested positive for ricin was received at an offsite mail screening facility. The envelope, addressed to the President, was immediately quarantined by U.S. Secret Service personnel, and a coordinated investigation with the FBI was initiated. It is important to note that operations at the White House have not been affected as a result of the investigation.

Additionally, filters at a second government mail screening facility preliminarily tested positive for ricin this morning. Mail from that facility is being tested.

Any time suspicious powder is located in a mail facility, field tests are conducted. The field and other preliminary tests can produce inconsistent results. Any time field tests indicate the possibility of a biological agent, the material is sent to an accredited laboratory for further analysis. Only a full analysis performed at an accredited laboratory can determine the presence of a biological agent such as ricin. Those tests are currently being conducted and generally take 24 to 48 hours.

The investigation into these letters remains ongoing, and more letters may still be received. There is no indication of a connection to the attack in Boston.

Sen. Claire McCaskill disclosed Tuesday that there was a suspect in the Wicker letter, which was intercepted at a sorting facility in Maryland. “The person that is a suspect writes a lot of letters to members,” McCaskill said, according to The Associated Press.

Tensions are high across the country following the Monday explosions at the Boston Marathon. No suspect has been identified by the FBI in that case.

US News and World Report