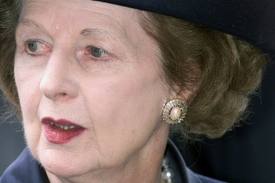 Baroness Thatcher has died at the age of 87 after suffering a stroke, her spokesman Lord Bell has announced.

Lord Bell said: “It is with great sadness that Mark and Carol Thatcher announced that their mother Baroness Thatcher died peacefully following a stroke this morning.

“A further statement will be made later.”

She was admitted to hospital shortly before Christmas where she underwent an operation to remove a growth from her bladder but was allowed to return home before new year.

The Prime Minister, David Cameron, paid tribute saying: “It was with great sadness that I learned of Lady Thatcher’s death. We’ve lost a great leader, a great Prime Minister and a great Briton.”

A statement from Buckingham Palace said: “The Queen was sad to hear the news of the death of Baroness Thatcher. Her Majesty will be sending a private message of sympathy to the family.”

Baroness Thatcher, who was prime minister between 1979 and 1990, has been credited with transforming a nation in one decade, putting Britain back among the leading industrial nations of the world.