UK ‘concerned’ after a Saudi sentenced to be ‘paralysed’ 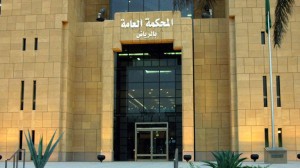 The British Foreign Office has reacted with “deep concern” to reports that a Saudi Arabian man has been sentenced to be paralysed, describing the punishment as “grotesque”.

Ali al-Khawahir, 24, was been sentenced to Qisas, or retribution, for allegedly stabbing a childhood friend ten years ago.

The attack, which is said to have happened during a dispute, left the victim paralysed from the waist down.

Saudi Arabia uses Islamic Sharia law, which involves “eye-for-an-eye” punishment for crimes, but allows victims to pardon offenders in exchange for compensation. Al-Khawahir was sentenced to be surgically paralysed unless he can pay his victim one million riyals (£180,000).

A spokesperson for the FCO said “We are deeply concerned by reports that a Saudi Arabian court has sentenced a man to be paralysed in retribution for causing the paralysis of a friend when he was fourteen years old.

“We urge the Saudi authorities to ensure that this grotesque punishment is not carried out. Such practices are prohibited under international law and have no place in any society.”

Human rights group Amnesty International have also condemned the sentence, saying it would be akin to torture.

Al-Khawahir has spent the last ten years in jail awaiting his punishment. His mother claims that the victim initially demanded two million riyals, but that although this has since been reduced to one million riyals, the family “don’t have even a tenth of this sum”.

It is said that an unnamed philanthropist is trying to raise funds to pay the money, but it is unclear how much time remains before the punishment is inflicted.

Amnesty International say a similar sentence of paralysis was given in Saudi Arabia in 2010, but that it is unknown whether or not this was carried out.

Saudi judges in the past have also been known to pass sentences including tooth extraction, eye-gouging, flogging and, in murder cases, death.

Ann Harrison, Amnesty’s Deputy Director for the Middle East and North Africa, said: “It is time the authorities in Saudi Arabia start respecting their international legal obligations and remove these terrible punishments from the law.”