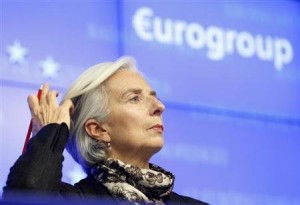 Cyprus and the International Monetary Fund reached an agreement Wednesday for a €1 billion ($1.28 billion) lifeline that will supplement €9 billion in aid the island will get from its euro-zone partners.

Also Wednesday, Cyprus’s central bank unfroze 10% of deposits over €100,000 at Bank of Cyprus PCL to allow business and individuals access to some of their savings, moving to gradually ease controls put in place to stem capital flight during the island’s banking crisis.

The IMF said its executive board will be asked to sign off on the assistance in early May.

The announcement on unfreezing the deposits comes as Cyprus’s banks resumed operations for a fifth business day since the capital controls were put in place and the country began a sweeping restructuring of its banking sector. As part of a bailout from its euro-zone peers and the IMF, Cyprus has closed its second-biggest lender, Cyprus Popular Bank PCL, and is moving healthy assets into the Bank of Cyprus, which is undergoing its own restructuring.

Big depositors are facing steep losses as a result of those overhauls. At the Bank of Cyprus, the government says large deposit holders will face an immediate loss of 37.5% on deposits. Those losses could rise to as high as 60% after a final audit is completed, likely in a few months.

Cyprus, with an economy of about €17 billion, represents 0.2% of the euro zone’s economic output.