Pope: Muslim Christian friendship in Lebanon a sign of hope 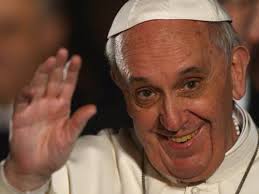 VATICAN CITY — Pope Francis praised the ‘‘friendship of so many Muslim brothers’’ during the Good Friday procession that re-enacts Jesus Christ’s crucifixion and this year was dedicated to the plight of Christians in the Middle East.

The nighttime Way of the Cross procession at Rome’s Colosseum is one of the most dramatic rituals of Holy Week, when Christians commemorate the death and resurrection of Christ. With torches lighting the way, the faithful carried the cross to different stations where meditations and prayers were read out recalling the final hours of Christ’s life.

This year, the meditations read out were composed by young Lebanese faithful. Many of the prayers referred to the plight of Mideast Christians and called for an end to ‘‘violent fundamentalism,’’ terrorism and the ‘‘wars and violence which in our days devastate various countries in the Middle East.’’

Francis, who became pope just weeks ago, chose, however, to stress Christians’ positive relations with Muslims in the region in his brief comments at the end of the ceremony.

He recalled Benedict XVI’s 2012 visit to Lebanon when ‘‘we saw the beauty and the strong bond of communion joining Christians together in that land and the friendship of our Muslim brothers and sisters and so many others,’’ he said. ‘‘That occasion was a sign to the Middle East and to the whole world: a sign of hope.’’

Before becoming pope, Francis was Cardinal Jorge Mario Bergoglio, and he long cultivated warm relations with Muslim leaders in his native Argentina.