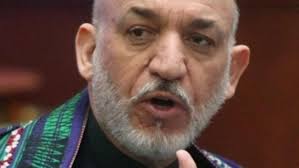 Afghanistan President Hamid Karzai is traveling to Qatar today to discuss the opening of a Taliban office there that will facilitate peace talks, according to his spokesman, Aimal Faizi.

The leader’s agenda includes “issues of peace efforts with Taliban and the opening of an office for them in Qatar,” Faizi said by phone. He will meet with the Emir of Qatar, Sheikh Hamad Bin Khalifa Al Thani, and other senior officials, according an e-mailed statement from Karzai’s office.

Afghan Foreign Minister Zalmai Rassoul and Salahuddin Rabbani, chairman of the country’s high peace council, are traveling with Karzai on the two-day trip.

Having an office with a direct line to Taliban militants may open the way for peace talks with Afghan officials and help end a 12-year conflict that started after the Sept. 11, 2001 attacks on the U.S., Jawid Kohistani, a Kabul-based political analyst, said by phone. Karzai is trying “to guarantee the whole country’s security,” he said.