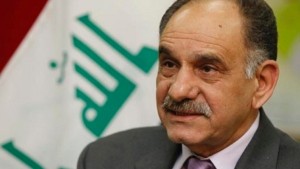 Members of the Iraqi List accused the Deputy Prime Minister, Saleh al-Mutlaq, of sealing a deal with the Lebanese Shiite Party Hezbollah.

The agreement is reportedly based upon the stipulation that he returns to the cabinet and supports Prime Minister Nuri al-Maliki.

He is accused of striking that deal during his last visit to Lebanon.

Mutalq’s announcement that he will participate in today’s cabinet session chaired by Maliki fueled the anger of the Iraqi List which said it will boycott the session.

One of the list’s members said there is widespread popular anger towards Mutlaq and accused the latter of being an opportunist.

He also rejected Mutlaq’s move to participate in the cabinet session at a time when major parties such as the Kurdistan Alliance and the Sadrist Movement voiced solidarity with the opposition and decided to freeze their membership in the government.

Opposition parties also voiced their suspicion regarding the legality of today’s cabinet session after three blocs had announced they are boycotting it. Opposition parties added that there will not be a legal quorum even with Mutlaq’s participation.

Protests against the government

Since late 2012, the mainly Iraqi Sunni protesters have called for reforms, including anti-terror laws that they say are used to persecute their community. The arrests of women following the detention of their male relatives under terrorism charges has also caused outrage.

The protests, inspired by the uprising in neighboring Syria, have resulted in the killing of nine demonstrators by the Iraqi army. The government is investigating the incident.