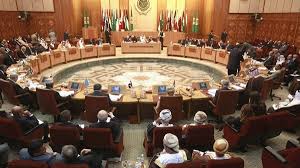 The Arab summit in Doha on Tuesday gave member states the “right” to offer Syrians all means of self-defense including arms, in a resolution on Syria.

The Arab Summit affirms the “right” of every state to offer all forms of self-defence, including military, to support the resistance of the Syrian people and the Free Syrian Army,” said the resolution.

Syria’s opposition chief took the Syria seat in the Arab League on Tuesday and demanded in a fiery address that the Syrian opposition be granted Syria’s seat at the United Nations.

Ahmed Moaz al-Khatib, head of the Syrian National Coalition opposition grouping, also insisted that Syria’s future should not be determined by foreign powers.

“We demand … the seat of Syria at the United Nations and at other international organizations,” Khatib said, addressing Arab leaders at the Doha summit.

Syrian people alone should determine who rules the country, said Khatib, who on Sunday resigned his post although his resignation has yet to be accepted by the Coalition.

“They ask who will rule Syria. The people of Syria will decide, not any other state in this world,” Khatib said, possibly alluding to accusations by Damascus that the rebels are implementing Qatari and Saudi agendas.

Al-Khatib also called on the United States to use Patriot missiles to protect rebel-held areas from President Bashar al-Assad’s airpower.

He said he had asked U.S. Secretary of State John Kerry for U.S. forces to help defend rebel-controlled northern parts of Syria with Patriot surface-to-air missiles.

The opposition forces have few weapons to counter Assad’s helicopter gunships and warplanes.

Al-khatib said the United States should play a bigger role in helping end the two-year-old conflict in Syria, blaming Assad’s government for what he called its refusal to solve the crisis.

and called for formation of an Arab committee to overlook Lebanon’s Syrian refugee crisis. He also called on the Arab League to help in freeing the Lebanese Shiite pilgrims who were abducted in Syria’s Aleppo last May.

The White House said Tuesday that NATO would not provide Patriot missile batteries to protect rebel strongholds in Syria.

“We are aware of the request,” White House spokesman Jay Carney said.

“At this time, NATO does not intend to intervene militarily in Syria,” Carney said.

“I think that a Patriot missile battery would follow the definition of military assistance,” Carney said, adding that Patriot anti-missile batteries in Turkey were for self-defense only.

Carney added however that the White House was constantly reviewing its policies in Syria, which have seen Washington give hundreds of millions of dollars in humanitarian aid but stop short of providing “lethal” military help.