Russians stand to lose billions of Euros in Cypriot banks 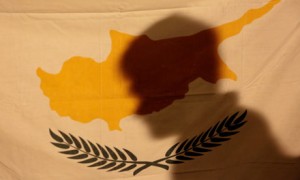 Wealthy Russians stand to lose billions of euros in Cypriot banks under draconian terms being hammered out on Sunday night in Brussels to prevent the Mediterranean tax haven becoming the first country forced out of the single currency.

Negotiations got underway amid a hardening of the stance held by the International Monetary Fund and Germany, who insisted that depositors must take the hit for bailing out the eurozone’s latest crisis economy.

There were signs of panic in Cyprus as a €100 (£85) limit was imposed on ATM withdrawals, with more stringent capital controls to follow if a deal is reached.

The European Central Bank has threatened to cut off funds propping up Cypriot banks on Monday, precipitating the island’s exit from the euro if agreement was not reached on Sunday night at the emergency meeting between eurozone finance ministers, the president of Cyprus Nicos Anastasiades, and the bailout troika of the IMF, European Commission and the ECB.

The Europeans, with the Germans and the IMF taking a particularly hard line, demanded the winding up of Cyprus Popular Bank, the country’s second biggest, and the restructuring of Bank of Cyprus, the biggest financial institution.

The parties considered new proposals that had emerged over the weekend with European officials speaking of a levy of up to 25% on Bank of Cyprus depositors with accounts holding more than €100,000, plus a further levy of up to 5% on similar deposits in other banks.

“The numbers have not changed. If anything they’ve got worse,” said Wolfgang Schäuble , Germany’s finance minister. He said that last week’s agreement to raise €5.8bn had to be achieved. This time, however, savers with less than €100,000 would be spared, meaning the burden would fall much more heavily on the wealthy than the 9.9% levy proposed for their accounts last week.

Berlin is determined that the island deflates a bloated financial sector that exceeds the size of the Cypriot economy by a factor of seven. “It is well-known that I won’t allow myself to be blackmailed, by no one or nothing,” said Schäuble. “I’m aware of my responsibility for the stability of the euro. If we take the wrong decisions, we’ll be doing the euro a great misservice,” he told a German Sunday newspaper.

Russians are estimated to hold more than €20bn of the €68bn deposited in Cypriot banks. Some €38bn of the total is in accounts liable for the levy, suggesting that Russians could forfeit around €3bn. If the Cypriot government balked at the bank levy, the IMF and German officials were likely to demand even stiffer terms, including a “bail-in” arrangement whereby account holders with more €100,000 would forfeit up to 40% of their savings in return for shares in restructured banks.

Anastasiades held meetings with EU officials in Brussels before the main summit with the euro group – the 17 finance ministers of the single currency area – which included troika representatives Christine Lagarde, head of the IMF, Mario Draghi, president of the ECB, and Olli Rehn, European commissioner for economic and monetary affairs.

Little progress was reported from the earlier meetings on Sunday on resolving the stalemate over how to structure a €17bn bailout, with creditors unwilling to offer more than €10bn while expressing dissatisfaction over Cypriot proposals to supply the remainder.

Over the weekend, Nicosia moved on legislation to wind up Cyprus Popular Bank and to introduce capital controls to try to prevent a bank run and flight of money out of the country.

If an agreement is found, the proposed deal would still need to pass the Cypriot parliament probably by Monday at the latest. It was clear that whether Cyprus accepted or rejected the bailout terms, its economy and banking sector faced maximum disruption and turmoil. “There are only hard choices left,” said Rehn.

Photo: A protester’s shadow is cast on to a Cypriot flag during an anti-bailout rally outside the presidential palace in Nicosia. Photograph: Yorgos Karahalis/Reuters