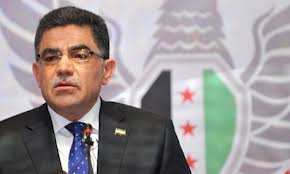 The United States on Tuesday welcomed the election of a long-time Texas resident as the Syrian rebel prime minister, voicing hopes he can foster “unity and cohesion among the opposition.”

US officials “know and respect” Ghassan Hitto from his work with the Syrian coalition on humanitarian efforts in Syria, State Department spokeswoman Victoria Nuland told reporters.

Citing “privacy concerns,” she refused to confirm Hitto was a US citizen, however, saying only that “he spent about 25 years in Texas” and was educated at Purdue University in Indiana.

“This is an individual who, out of concern for the Syrian people, left a very successful life in Texas to go and work on humanitarian relief for the people of his home country,” Nuland said.

“We got to know him when he went back to Turkey and started leading the Syrian opposition’s direct relief effort and most recently as head of the coalition’s assistance,” she said.

Hitto was chosen early Tuesday by a majority of the main opposition National Coalition members, after hours of closed-door consultations in Istanbul.

The 50-year-old will be tasked with setting up an interim government which would be based in rebel-held territory in Syria.

The election comes some two months after coalition chief Ahmad Moaz al-Khatib proposed talks with regime officials with conditions, including that some 160,000 detainees be released.

Several coalition members told AFP the election of an interim rebel premier and the establishment of a government canceled out the possibility of talks with the regime.

Hitto said in his first speech laying out the opposition government’s priorities that he will not enter into dialogue with the regime of President Bashar al-Assad.