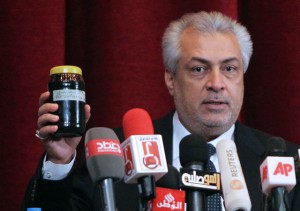 The country will also allocate $18 billion to raise natural gas output and $25 billion to expand refinery capacity, al-Luaibi said at a conference in Basrah today. Iraq forecasts $600 billion in revenue from the oil expansion, he said.

Iraq, the Organization of the Petroleum Exporting Countries’ second-largest producer, is boosting output and upgrading energy facilities hobbled by decades of war and economic sanctions. Production swelled by 24 percent last year, and Iraq overtook Iran in June to become the biggest producer after Saudi Arabia in OPEC.

Iraqi output rose 6 percent to 3.14 million barrels a day in February, up from 2.97 million barrels the previous month, according to the the Paris-based International Energy Agency. This was the first time in two months that it exceeded 3 million barrels a day, mostly as a result of increased tanker exports from Basrah in southern Iraq, the agency said.

The nation’s oil exports in February reached 2.54 million barrels a day, al-Luaibi said. Production from Iraq’s Majnoon oilfield will reach 100,000 barrels a day in May and 200,000 daily by the end of the year, he said.