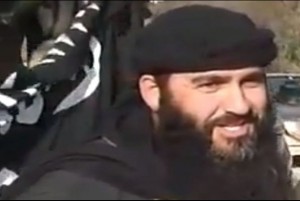 Anti-regime activists took to the streets of rebel-held Mayadeen in eastern Syria on Wednesday for a third straight day to demand that jihadist Al-Nusra Front fighters leave the town, a watchdog said.

“For the third day in a row, protests erupted in Mayadeen calling on the Al-Nusra Front to leave the town,” said the Syrian Observatory for Human Rights.

Protests erupted after the Islamist Al-Nusra Front — blacklisted in December by the United States as a “terrorist” organisation — set up a religious council in the east of Deir Ezzor province, where Mayadeen is situated, to administer affairs in the area.

At the weekend they set up a religious police force in Mayadeen, the Britain-based Observatory said, adding that the force had held a parade in the town.

Amateur video distributed by the Observatory showed a large convoy of vehicles driving through the east of Syria, large swathes of which have fallen out of army control in the past few months.

Rebels held up black Islamic flags while driving down an unidentified road.

“The protests are an important indicator that people in eastern Syria — where people do not have a culture of religious extremism — do not welcome the imposition of religious law,” Observatory director Rami Abdel Rahman said.

“The fact is that fanaticism has little place in Syria as a whole, though the regime has tried hard to make the world believe that a successful revolt would put radical Islamists in power,” he added.

A second amateur video distributed on Sunday by activists showed protesters, some of them on motorcycles, holding a night-time demonstration in Mayadeen.

“Protesters are calling on Al-Nusra Front to leave Al-Mayadeen!” said the unidentified cameraman filming the event.

Photo: An undated photo of Gazi al-Haj, one of the top leaders, of Jahbat al-Nusra, an Islamist rebel group in Syria the United States has designated a terrorist organization.