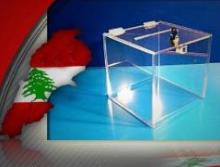 It is problematic when the leadership of March 14 never tires of asking the government to resign. I happen to think that this has been a very ineffective cabinet and that the time for a change is way overdue. But one should not expect a cabinet to resign only because the opposition says so during press conferences only. There is a legitimate parliamentary procedure to be followed if and when any of the 128 members of the Chamber wishes to call for vote of confidence in the cabinet as a whole. March 14, unfortunately has chosen not to follow that path but instead to use the press to release statements that are neither effective nor meaningful.

If Mr. Saniora wants us to really believe that he is the reasonable leader of a large bloc of representatives in the Chamber then the least he could do is challenge the cabinet in a vote of confidence, even one that his group cannot win. It is the nature of these challenges that will keep the cabinet as a whole and each of its individual members sensitive to the demands and needs of the others in the state. The same logic, obviously, would demand nothing less than that by Mr. Geagea and his Lebanese Forces if they are truly dissatisfied with the policies and the programs of the present cabinet. As for Sa’ad Hariri, I am afraid that he has given up the right to either head a new cabinet or even lead a major bloc. Someone should remind Mr. Hariri that he got his chance and his performance was and still is way below par. It is time for him to recognize that politics is not his forte neither is leadership.

None of the above is to be interpreted as an endorsement of Mr. Mikati who had a chance to repeat his previous performance as a PM but instead decided to play second fiddle to Michel Aoun, Hassan Nasrallah and to act at times as if he is working for Damascus.

A democracy, even a shallow one, is expected to at least be able to implement the major constitutional declarations as prescribed by law. This means that nothing, absolutely nothing, can justify not holding elections at the date specified by law.  One of the most sacrosanct principles in the rule of law is to abide by the details of the law as prescribed. These major institutional decisions are not to be handled casually by changing them whenever one desires. Laws are to be respected and it is the duty of governments, to take the constitutional responsibility very seriously. Unfortunately very few, if any, in the present cadre of Lebanese politicians seems to be up to this major task.

The Chamber is clearly forbidden from electing to the Presidency an ex Chief of the Army but yet that was exactly what they did without even questioning the unconstitutionality of their act. As if that is not enough, they have failed for twenty years to elect a Senate and to deconfesionalize the Chamber as well as all positions in the government. Add to the above the fact that the central government does not dare exercise its power in certain regions of the country nor over some groups. It is not only that they tolerate the challenge to the government authority but they even encourage it through their inability to treat all regions and all citizens as equal.  The above are only the tip of the iceberg: This cabinet as well as its predecessors have failed to combat corruption that has become endemic, have neglected to construct a reliable electric grid in a self described tourist state and have dared to introduce economic legislation and practices that defy any and all teachings of any school of thought in the field. And finally the cabinets for the past twenty years have acted as if the national sovereign debt challenge does not exist; they hope that the probability of a potential offshore gas find is going to resolve this issue. That is so irresponsible that it reminds me of the Greek tragedies whose plot builds up to a level that is impossible to solve until a dues ex machina appears. (A heavenly solution :-)).

The Lebanese politicians have had so many opportunities to prove their allegiance to the country, to democracy and to law and order. Unfortunately they have failed practically every single time. I hope that they hold elections on time without any resort to such gimmicks as extensions. If they fail this time then it might be one time too many.