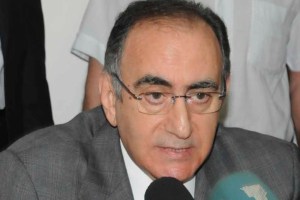 Lebanon’s small, open economy is not expected to grow particularly fast in 2013 due to uncertainty caused by sectarian violence in neighboring Syria, economy and trade minister Nicolas Nahas said on Monday.

“GDP (gross domestic product) is $40 billion. Due to the Syria crisis and the effect on the (Lebanese) tourism sector, I think we get 2 percent growth in 2012,” Nahas said in an interview with Reuters.

“In 2013 we probably grow of 2-1/2 to 3 percent,” he said, adding: “I think, if we get the election in time, that will give a boost to the economy and we get back into the 5 to 6 percent range,” he said, referring to parliamentary elections due to take place in the summer.

Nahas highlighted to investors the resiliency of the economy through years of on-and-off conflict and war in his speech to investors in New York for the Lebanon Capital Markets day.

Tourism, a mainstay of the economy, has dropped off significantly, especially from the Gulf states, Nahas said, providing one of the main reasons for the slowdown in growth.

Lebanon, a nation of about four million people, enjoyed GDP growth of around 7 to 8 percent annually from 2007 to 2010, but that fell off sharply in 2011 after domestic political tensions (caused by the overthrowing of the cabinet of former PM Saad Hariri in January 2011 by the Iranian and Syrian backed Hezbollah militant group ) and which were followed by the start of the uprising against President Bashar al-Assad in Syria in March 2011.

Deep-seated sectarian tensions in Lebanon, which fought a ruinous civil war from 1975 to 1990, have been exacerbated by the conflict in Syria, where majority Muslims are fighting to overthrow Assad, who is from the Alawite minority which has its roots in Shi’ite Islam.

“In past years, when there has been a crisis, the growth was down to an average of 2 to 4 percent. Whenever the situation was clear, and there was a kind of easing inside and outside, we were reaching 6 to 9 percent. This pattern has been seen all the time,” Nahas said.

Lebanon is hosting an estimated one million Syrians if self-supporting families and manual laborers are included.

The issue of refugees is especially sensitive in Lebanon, whose own 15-year civil war was triggered in part by tensions over Palestinian refugees who came after the creation of Israel.

Most of the Syrian refugees in Lebanon live with host communities rather than in camps like those in Jordan and Turkey.

Lebanon’s interior minister last week cautioned the Syrian refugees who have fled their homes have become a threat because of the suspicion that many are in fact rebel fighters.

“We are just crossing an unexpected time. What is bothering us these days is not our own situation. It is how the situation in Syria will end,” Nahas said.

“Lebanon has always gotten benefit from crisis. This is the history and we don’t like to say it but this is the kind of lesson from past times,” he said.

Lebanon expects the discovery of oil and gas in the eastern Mediterranean Sea will provide a long-term boost to its economy. If natural gas discoveries by its neighbor to the south, Israel, provides any indication, Lebanon’s economy could see a significant boost to growth.

Nahas said the exploitation of energy resources will change the dynamic of the economy, but not right away.

“It will be eight to 10 years before we see any proceeds from the oil and gas. We have to decide how we divide these resources for future generations and what we do now.”