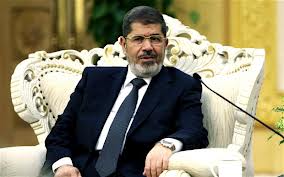 Egypt’s President, Mohammed Morsi, has brought forward the start of the country’s parliamentary elections, just days after announcing it.

The first round of voting in Cairo and four other provinces will now be held on 22 April, rather than 27 April.

The president’s spokesman said the move was in response to complaints from Coptic Christians, who had complained the original date clashed with Easter.

Earlier, a leading opposition figure called for a boycott of the elections.

“[I] called for parliamentary election boycott in 2010 to expose sham democracy. Today I repeat my call, will not be part of an act of deception,” Mohamed ElBaradei wrote on Twitter.

However, some within Mr ElBaradei’s opposition coalition, the National Salvation Front (NSF), criticised his decision, saying it was too hasty.

Shadi Taha, a leader of the al-Ghad al-Thawra party, told the Associated Press: “The last thing we need is to enter a new cycle that further polarises and splits the country.”

Blogger Mahmoud Salem said a boycott would result in a parliament dominated by Mr Morsi’s Muslim Brotherhood, ultraconservative Salafists, and former members of the government of Hosni Mubarak, ousted in February 2011.

“Running away from a popular test only means that some want to assume executive authority without a democratic mandate,” Issam al-Arian said. “We’ve never yet known them to face any election or serious test.”

Mr Arian said the polls would take place under “complete judicial supervision” and be monitored by Egyptian and foreign civil society and human rights groups.

The elections have been called because Egyptians voted in December in favour of a controversial new constitution, which requires that the process begins within two months. Currently, the last of the four rounds is due to be held on 19 and 20 June, with run-offs on 26 and 27 June.

Liberals, secularists and Copts complained before the referendum that the charter was drafted illegitimately by an Islamist-dominated assembly, and that it neither represented minorities nor protected key freedoms.

The elections were also called by the president only weeks after more than 70 people were killed in clashes between security forces and opposition supporters at protests held across the country to mark the second anniversary of the revolution which removed Mr Mubarak.