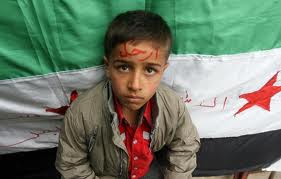 The United Nations Higher Commissioner for Refugees revealed in its weekly report that there are more than 283,000 displaced Syrians in Lebanon, National News Agency said on Saturday.

“Among these refugees are 185,000 registered with the UNHCR, in addition to 98,000 others waiting to be registered,” the UNHCR statement added.

Syria is witnessing a violent uprising against the regime of President Bashar al-Assad, which has so far killed more than 70,000 people since its outbreak in March last year, according to figures released by the United Nations.

According to the UNHCR report Lebanon has the largest number of Syrian refugees who are coming mainly from the cities of Aleppo, Homs, Idlib and Damascus.