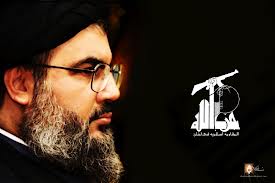 US security officials have warned that the terrorist threat from Hezbollah is at its highest level for 20 years.

Western intelligence agencies believe that the Lebanese group is now more active overseas than at any time since the early 1990s, with attacks planned targeting Israeli and American tourists, The Times says.

“We are seeing a new scale to Hezbollah’s operations overseas that we have not seen,” a US State Department official said, as cited by The Times. “The group has had an international presence for a long time, but now it has near-global reach.”

The warning comes in the aftermath of a Bulgarian report stating that members of Hezbollah’s military wing may have been responsible for last year’s terror attack in the Black Sea city of Burgas.

Hezbollah has dismissed the allegation voiced by Bulgaria that it was involved in the terror attack in Burgas last year as an “Israeli smear campaign.”

Observers point out that Bulgaria is not the first country that accuses Hezbollah of terrorist activities on its soil .Hezbollah along with Iran have been linked to several terrorist activities. Some of these attempts were foiled like in Thailand, Singapore, Kenya, Cyprus and Azerbaijan but some were executed like in India, Georgia and Argentina. Hezbollah has also been linked to the terror cells in Sinai Egypt , Bahrain and Iraq.”