Hostages: Conflicting report about the fate of the Kidnaper 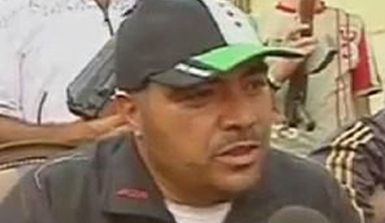 Lebanon Interior Minister Marwan Charbel revealed Friday that Turkish officials are saying that Abu Ibrahim the head of the group behind the kidnapping of the Lebanese Shiite pilgrims in Syria has been killed, but a mediator in the case denied the report.

“I have received information from the Turkish side that Abu Ibrahim has been killed and that Abu Jaser has replaced him,” Charbel was quoted as telling a delegation from Lebanon’s Journalists Syndicate adding that Abu Ibrahim died as a result of wounds.

However, a mediator involved in the case of the kidnapped pilgrims who spoke to The Lebanese Daily Star said Abu Ibrahim was still alive.

“He is not dead. He is wounded but he is still alive,” the mediator said, adding that the Abu Ibrahim periodically “played dead” in order to alleviate pressure on him to release the Lebanese hostages.

The mediator who described Abu Ibrahim as flaky, said the kidnapper has yet to outline his specific demands for freeing the Lebanese.

“Sometimes Abu Ibrahim says he is holding the Lebanese because he wants money and at other times he claims it is for sectarian reasons,” the mediator said.

Eleven Lebanese Shiite pilgrims were kidnapped by a rebel group last May , in the Syrian district of Aleppo after crossing from Turkey, on their way from a pilgrimage to Iran. Two of the group were released in late 2012.

The mediator said the Free Syrian Army had launched an attack to free the pilgrims and that Abu Ibrahim was constantly relocating the group in Azaz, Aleppo.

However, the mediator said the pilgrims were in good health.

President Michel Suleiman sought clarification on Friday over whether there was a link between Lt. Mohammad Tlas a Syrian Army defector who is in the custody of Lebanese officials and the abduction of the Lebanese pilgrims in Syria.

“[The president] asked General Security head Maj. Gen. Abbas Ibrahim to investigate the validity of media reports that there is a link between Syrian Lt. Mohammad Tlas and the kidnapping of Lebanese in Azaz and what he [Tlas] has information about this issue,” according to Sleiman’s office.

The pro-Syrian Al Akhbar newspaper linked in a report published on Thursday Tlas to the kidnapers, reportedly to press the lebanese government which is dominated by Hezbollah to deport Tlas to Syria.

Lebanon’s Military Tribunal has ordered the deportation of Tlas, who was sentenced earlier this week in Lebanon to two months in prison and fined him 100,000 ( $67) for illegally entering the country.

However, Lebanon’s interior minister said Wednesday that the deportation was unlikely to take place.

The defector risks the death penalty for treason if he is actually handed over to the regime of President Bashar al-Assad, Lebanese human rights organisations warned.

President Suleiman said Thursday that there are instructions against deporting any Syrian back to their country in line with the Human Rights Declaration.

“The instructions are not to deport any Syrian to Syria in conformity with the Universal Declaration of Human Rights,” Suleiman said on twitter.