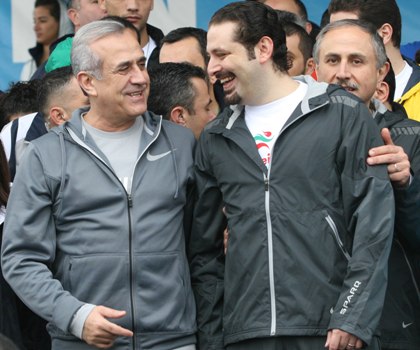 “The fatwa of the Grand Mufti which considers those who accept civil marriage to be apostates- is unacceptable.” He pointed out that “more than 700 million Muslims in countries like Indonesia, Turkey, Malaysia and other countries all conclude civil marriage. Can the Grand mufti call them all apostates? Is Erdogan an apostate?”, Hariri asked

He added “Personally I do not accept that my children marry in a civil union, but as a parliament member I am a representative of the entire nation and of all the people,” he stressed.

This development comes after Qabbani declared war on civil Marriage on Monday by issuing a fatwa branding as an apostate any Muslim politician who approves its legislation.

His fatwa came days after President Suleiman’s announcement in Arabic and English on his Facebook page that Lebanon should work on drafting a civil marriage law to help build unity in the multi-faith country. Suleiman’s announcement appeared to have helped the issue gain momentum . 95 % of the respondents reportedly backed the president’s position .

The first one to denounce civil marriage was Prime Minister Najib Mikati who called the debate on the issue a waste of time and useless .