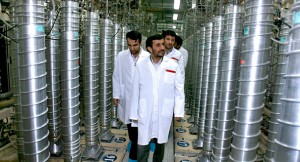 Iran has denied foreign media reports of a major explosion at one of its underground uranium enrichment sites.

Reports in Israeli and Western media said a blast at the Fordo facility near Qom had caused significant damage.

Meanwhile, Russia has criticised the West and Iran for a fresh delay to the talks, six months after the last round.

Foreign Minister Sergei Lavrov accused them as “behaving like capricious little children” for failing to agree on a location for the talks, which had been due to take place this month.

Mr Lavrov described it as an “ideology-driven argument” between Iran and the so-called P5+1 – Russia, the US, UK, China, France and Germany – and hoped that “common sense” would prevail and a date and location would be agreed soon.

“The false news of an explosion at Fordo is Western propaganda ahead of nuclear negotiations to influence their process and outcome,” Saeed Shamseddin Bar Broudi, deputy of the AEOI, was quoted as saying by the state news agency, Irna.

The head of the Iranian parliament’s national security and foreign affairs committee, Alaeddin Boroujerdi, was also quoted by Irna as strongly denying the reports.

Since Friday, various Western and Israeli media have been quoting Iranian sources as saying that the Fordo enrichment facility was rocked by a massive explosion a few days ago – shortly before Israel’s general elections on 22 January.

One unconfirmed report said as many as 200 people were feared trapped inside the facility.

Israeli Civil Defence Minister Avi Dichter told Israel’s Army Radio that he could not say anything about the reported blast “beyond what I heard in the media”.

Fordo, which is buried deep under a mountain inside a military base near the holy city of Qom, has long been of concern to the West.

A leaked report by the International Atomic Energy Agency (IAEA) last November said Iran was ready to double its output of 20%-enriched (medium-enriched) uranium at the site.

Fordo is designed to contain 16 cascades of centrifuges producing 20%-enriched uranium, which experts say could be enriched to about 90%, or weapons-grade, in a relatively short time. The IAEA said half of the cascades could be fully operational within months.