Democracy and Sectarianism do not go together, Don’t Kid Yourself.

by Ghassan Karam
1574
by Ghassan Karam- If two opposing sides are fighting each other with all what they have in order to control a major corporation then the uncertainty and the instability that their acts ....
Share: 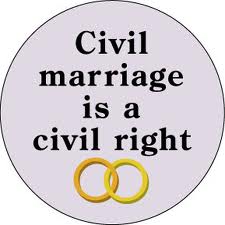 If two opposing sides are fighting each other with all what they have in order to control a major corporation then the uncertainty and the instability that their acts generate demoralizes most of the employees and the valuation in addition to the performance of the corporation in question plummets. A white knight comes to the rescue in the eleventh hour by getting the two parties to stop their feuding based on the principle of “equal shares” or “monasafah” as it is called in Arabic.

That was a very positive step to end the hemorrhage and save the patient from a certain death. Yet this solution could not be expected to last. At best it was a stop gap measure in an effort to allow the corporation to recuperate. You see one side to the conflict represents 60% of the capitalization while the other one represents only a 40% share that is continuing to decline. The funny thing about this settlement is that the side that represents only 40% of the capitalization continues to act as if it is the single most important element for the survival of the enterprise in question and claims that it is the only democratic group in this fight. Note the irony, those that represent only 40% of the capital insists on a board that offers them equal power to those that represent 60% and they threaten that if this is not done then that would be a gross violation of all democratic principles.

If a case similar to the above is ever presented to an MBA class anywhere in the world the solution would be simple and straight forward. All share holders should act in such a way as to enhance value for other shareholders and not only a specific group since that would be discriminatory. The solution would simply be to let those that are the most qualified to run the show. If that is true of a corporation then why not a country? Lebanon is the equivalent of the above hypothetical corporation that is struggling for survival and that is looking for a way out of this constant meaningless conflict between these two groups.

The Lebanese Christian parties, all of them, have been very disingenuous. They claim democratic principles but yet they insist that their coreligionists are more important than others. This is reminiscent of 1984 where all are equal but yet some are more equal than others. Why is it so difficult for the Lebanese Christian politicians and the Lebanese clergy, Bkirki in particular, to note the great contradiction between asking for “monasafah” and yet calling that democratic. Whether it is the Patriarch, Gemayel , Geagea or any of the others they must know that what they are calling for is not fair, it is arrogant, it is divisive and it is based on the principle that Christians are more important than others.

Do the Christian leaders have a reason to fear their potential partners? Base on the extremist language that gets all the headlines, maybe they do. Yet the answer to their fears is not to try and perpetuate a backward system but to instead seek a real and a meaningful solution whereby all stakeholders would compete on a level playing field that does not take religious affiliation into consideration. Lebanon has a golden opportunity to face head on what it has been avoiding for over twenty years. Give the various religious communities a Senate but have the Chamber of Deputies run on only merit. Let us show faith that no Lebanese will favour policies that would benefit only her coreligionists but will instead support that which is good for the commonwealth. It is time that all Lebanese come together to eliminate fear and suspicion and to act for the good of the country. There is still time to do this and there is no need for a phase in. Let us go ahead and allow any Lebanese citizen to run for a seat in the Chamber of deputies anywhere in the country and let us divide the state into 128 different districts. Taif mandates this, it is good for us and we must go ahead and do the right thing. Nothing short of this is worthwhile. If we fail to do this then we have no one to blame but ourselves.

And finally let us be reminded that equality of citizenship is sort of meaningless if potentially our best are not allowed to seek certain offices for no reason besides the fact that when they were born they were registered as belonging to this sect or that. What if one decides to reject all sects? Does she then lose her citizenship? I should hope not. That is why there are two hugely important litmus tests about whether we are mature enough to reject sectarianism: civil marriage and citizenship to the children of a Lebanese mother. Let us not pretend that we are what we are not. No democracy can exist without civil marriage and no democracy can exist without total gender equality. If we cannot deal with these relatively easy issues then why should we expect a solution to what has been the bane of Lebanon since its inception: political sectarianism. Mr. Mikati has even refused to consider looking into the possibility of adopting a civil marriage law. How disappointing and how hypocritical. Should we really expect Mr. Mikati to be able to handle the thorny issue of eliminating in one swoop, once and for all, political sectarianism? Of course not.