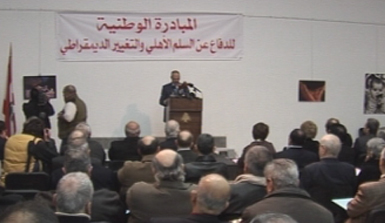 A national conference was held on Sunday where a number of artists, journalists, politicians and civil activists participated and launched a national initiative to defend civil peace and democratic change and to prevent strife in Lebanon.

The participants declared their rejection for the culture of violence and arms, calling for forming a national reconciliation committee and denouncing political assassinations and interventions in the Syrian crisis that could only lead to the deepening of the conflicts between the Lebanese.