Hezbollah MP: 1960 electoral law is not in lebanon’s interest

“The March 14 coalition should realize that Lebanon’s interests requires that we dispose of the 1960 electoral law and agree on a new one,” National News Agency quoted Hajj Hassan as saying.

The Hezbollah MP also accused March 14 politicians of having hidden agendas that contradict with their statements.

“The March 14 coalition claims that it wants to reach a consensual electoral law, whereas in fact it insists on keeping the 1960 electoral law,” Hajj Hassan added.

Here is an outline of the electoral laws under consideration 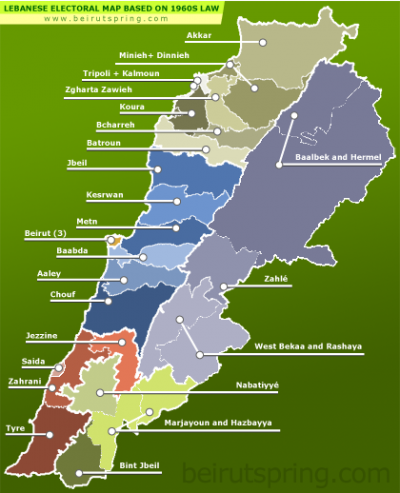 Lebanon is set to hold new parliamentary elections around June 2013, but the country’s political circles are no where near any agreement over which law to use