Audeh, Rai call for a law that preserves coexistence 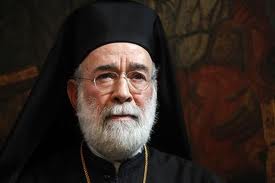 Maronite Patriarch Beshara al-Rai and Greek Orthodox Archbishop of Beirut Elias Audeh called for an electoral law that preserves coexistence among the Lebanese.

Rai was quoted by al-Liwaa daily as saying: “Bkirki is neither with an Orthodox proposal nor with a Maronite proposal”adding :”The Maronite church only supports a Lebanese proposal.”

Audeh was quoted by al-Liwaa daily as saying he “wouldn’t back any electoral law that doesn’t preserve coexistence among the Lebanese.”

Al-Mustaqbal daily also quoted sources close to Audeh as saying that the” Orthodox sect does not accept the proposal because it will deepen divisions among the confessions.”

Even the Greek Orthodox lawmakers are not endorsing the so called Orthodox Gathering proposed electoral law..

Lebanon Deputy Speaker Farid Makari , who is Greek Orthodox told An-Nahar newspaper in remarks published on Wednesday that he disagrees with Speaker Nabih Berri’s announcement in which he pledged prior approval of the decision on the electoral law by the Christian leaders and their representatives who meet in Bkirki last Sunday.

The subcommittee tasked with deciding on an electoral law acceptable to the majority of the Lebanese will resume its meetings on Monday with representatives from the rival March 8 and 14 camps . 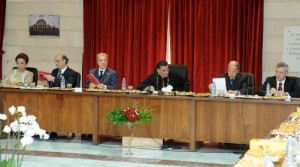 All reporters and media representatives were prevented from entering the patriarchal in Bkirki during the meeting of the Christian leaders.