Abou Faour refuses to ‘hand Syrian opposition to the Regime 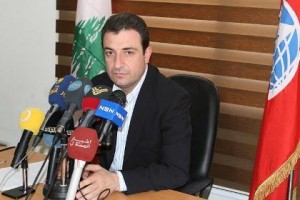 He told the daily: “We refuse the formation of a committee that may lead to handing over of Syrian opposition refugees to the Syrian regime.”

Abou Faour revealed that he had contacted President Michel Suleiman, Prime Minister Najib Mikati, and Foreign Minister Adnan Mansour to clarify claims of the formation of such a committee.

On the possible formation of a joint committee with the Syrian regime, he noted: “We are not in need of another issue that will cause more political disputes.”

“The current debates should lead us to affirm our position in dealing with the refugee file from a humanitarian approach and away from politics,” he stressed.

On aid to the refugees fleeing Syria to Lebanon, the minister revealed that Germany is committed to granting $20 million in aid to the displaced, while the European Union and the US are seeking to make a “sizable” donation, the bulk of which will be directed to the refugees in Lebanon.

In addition, Kuwait is preparing to hold a meeting for donor countries in order to present more aid to the refugees, he said.

Abou Faour’s come following a report by Voice of Lebanon radio on Friday that Lebanon is seeking to establish a joint Lebanese-Syrian committee to deal with the conditions of the Syrian refugees across the country.

It said that Mansour discussed with Syrian Ambassador to Lebanon Ali Abdul Karim Ali a proposal to establish the committee that will be tasked with tackling the issue of Syrian refugees.