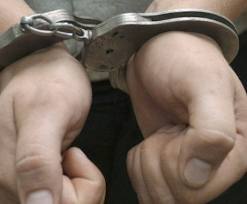 The UAE has rejected a formal Egyptian request to release 11 Egyptians arrested recently in the UAE over links with the Muslim Brotherhood group, Gulf News has learnt.

An Egyptian delegation led by Essam Al Haddad, a senior adviser to Egyptian President Mohammad Mursi, visited the UAE on Wednesday and met with senior officials to discuss the arrests.

Eleven Egyptians who “formed the leadership” of a Muslim Brotherhood cell in the UAE were arrested recently. The cell is accused of collecting sensitive military data and having organisational links with Emiratis currently in detention on charges of plans to destabilise national security.

UAE officials told the Egyptian delegation that releasing the Egyptian suspects “is not possible,” Gulf News has learnt. They explained that a suspect cannot be released before the case goes to court. “We have a strong court system and justice will take its course,” the Egyptians were told.

There are at least 350 Egyptians in UAE jails convicted of various criminal cases,” an informed source told Gulf News later. “Nobody is making any noise about them. But everybody [in Egypt] is making noise about the recent arrests of the 11 [Muslim Brotherhood] suspects. That is really strange.”

The UAE is “proud of its strong relations with Egypt and keen to develop those relations regardless of the nature of the regime in Cairo,” the Egyptian side was told.