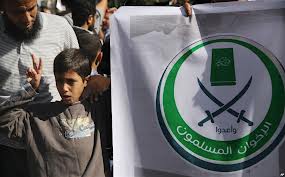 The United Arab Emirates has arrested an “Egyptian Muslim Brotherhood cell” that trained local Islamists in how to overthrow Arab governments, a Sharjah-based newspaper reported on Tuesday, citing an unnamed source familiar with the investigation.

The oil-rich Gulf state ( Sharjah is one of the seven UAE emirates ) has previously voiced strong distrust of the Islamist political movement which after long years of being banned took power in free elections in Egypt last year.

The cell, of “more than 10 people”, had a defined organizational structure and was recruiting Egyptians in the UAE to join, al-Khaleej newspaper reported.

It said the cell had formed companies to send money illegally to Egypt.

Officials were not available to comment on the report on Tuesday due to a national holiday. A spokesman for the Muslim Brotherhood in Egypt was also not available for comment.

“The source confirmed the presence of close relations between the Egyptian Muslim Brotherhood organization and leaders of the secret organization in the Emirates,” the newspaper reported, referring to detainees in another case.

In September Al-Khaleej, a privately-owned newspaper, reported that Islamists detained in the UAE had confessed to setting up an armed force that aimed to seize power and establish an Islamic state.

The brotherhood “gave a number of courses and lectures to members of the secret organization on elections and ways to change systems of government in Arab countries”, the newspaper reported.

Like some other Gulf states, the UAE is very wary of the Muslim Brotherhood, which it has accused of plotting to undermine governments in the oil-rich region.