by Ghassan Karam
1499
by Ghassan Karam- The following is a brief summary of the final chapter of the book The Lebanese Connection; Civil War, And The International Drug Trafficby Jonathan Marshall
Share: 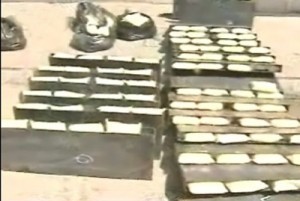 The following is a brief summary of the final chapter of the book The Lebanese Connection; Civil War, And The International Drug Trafficby Jonathan Marshall, a fellow at “Stanford Studies in Middle Eastern and Islamic Societies and Cultures” of Stanford University. The book is a detailed account of the drug trade in Lebanon from 1970-1990 and is based on newly declassified reports and studies of the DEA and the FBN; US anti drug agencies. The book is currently banned in Lebanon. The ban has acted as the primary impetus behind this series, which comes to an end with this final installment. I suspect that the Lebanese authorities banned the book in an effort to shield many of the names, organizations and even foreign parties that the book implicates as sponsors of drug trafficking and willing participants in the all pervasive corruption that transformed Lebanon into a narco state.

“ Money is power in Lebanon. Money buys guns and guns are power. It’s like gang warfare in LA”

All modern states have a relatively healthy segment that is labeled as the underground economy.  That is a fact of life even in the most advanced of economies that boast a strong law enforcement culture. In many of these economies the underground sector is at times estimated to account for about 20% of the official GDP statistic. Lebanon is a state that is moderately prosperous and that surpasses the above yardsticks. It has been estimated that the illicit drug trade has at times accounted for over 40% of its GDP.

The Federal Bureau of Narcotics of the US, FBN, has described Lebanon as a narco state as early as 1950. Three factors that are often named as the fundamental reasons for this development are its geographical location, the general proclivity of its residents to commerce in addition to its weak governmental institutions. Confessionalism promoted a stagnant political structure rife with corruption. (Another argument in favour of secularism).

It is true that the drug trade did help a large number of Lebanese earn a decent living but even if one is to put aside the ethical and moral arguments connected to the drug trafficking one still has to confront the unquestionable economic fact that the drug trade has warped the macro economy of Lebanon. The drug trade became the “Dutch Disease” of Lebanon; the growth of one sector at the expense of other sectors in the economy. It also cemented the dependence on international trade and gave other countries, such as Egypt and the US, an opportunity to make demands of the Lebanese authorities to fight drugs. It legitimized to an extent foreign interference in Lebanese domestic affairs.

The case of drug trade in Lebanon and their role in both fueling and promoting the civil war has also been used extensively as a case that supports ; at least partially the “greed or grievance” debate. This was the idea popularized by Paul Coltier of the World Bank as an explanation of civil conflicts the world over. He proposes that “civil wars occur where rebel organizations are financially viable” and that rebellions are not social protests but rather “the ultimate manifestation of organized crime”.

The above does not explain fully the Lebanese civil war but it sure explains the absolute need for a viable financial resource if a militia is to launch successful activities. This was the role of drugs in Lebanon especially between 1970 and 1990. Drugs became the Lebanese primary export commodity and the struggles between various militias were in essence a fight over port outlets and other means that enhance rent expropriation from primary commodities. As you can see, some have used the above “logic” to make the case that drugs were not a means but an end in themselves; drugs initiated conflict and did not only fuel it. Above all it is clear that a most crucial ingredient in transforming a society into a narco state, besides its geography, proclivity to commerce and social injustice is the inability of the state to govern.  A weak, ineffective and corrupt political structure might be in the final analysis the largest contributor to the creation of civil conflict and the rise of dependence on revenue from the drug trade. The above idea was put best by Brian Evans when he said that civil war in Lebanon was “not caused by the emerging drug economy any more than the drug economy was caused by the advent of the war. Rather, they were mutually reinforcing trends”.

Allow me to conclude this series by remembering the word of George Santayana that “Those who cannot remember the past are condemned to repeat it.”

The following is a list of the names of Lebanese politicians and some high ranking officials that have been implicated by the evidence; and not a court of law; as having been involved in the drug trade:

(In addition to scores of Palestinian, Syrian, Israeli, Armenian and European individuals and organizations.)