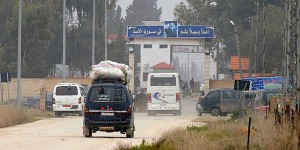 An 11-year old boy was killed Tuesday by gunfire from the Syrian side of the border with Lebanon in Masharih al-Qaa, in the east of country, according to local reports.

Khaled Walid Houjairy was taken to a local hospital in critical condition after he was wounded by a gunshot from the Syrian side of the border but he later died from his wounds, according to the report.

Forces loyal to Syrian president Bashar al Assad reportedly try to keep the Lebanese side of the area under their control because the residents of Masharih al-Qaa are known to support the uprising against the regime.