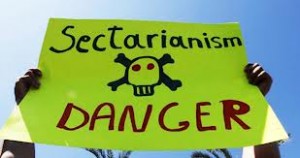 The 21-month-old civil war in Syria is rapidly devolving into an “overtly sectarian” and ethnic conflict, a U.N. investigatory panel has concluded, raising the specter of reprisal killings and prolonged violence that could last for years after the government falls.

The report by the U.N. Human Rights Council also documented widespread human rights abuses by Syrian government forces, including systematic torture in prisons and the deliberate bombing and shelling of hospitals and other civilian targets.

“In recent months, there has been a clear shift” in the nature of the conflict, with more fighters and civilians on both sides describing the civil war in ethnic or religious terms, said the report, due for release Thursday in Geneva. The council described a sectarian conflict emerging “alongside the fight against the government,” with far-reaching consequences for Syria’s future.

Many of the rebel fighters interviewed by the panel — including defectors and foreign volunteers — described themselves as loyal to Islamist militias or ­ethnic-based movements, and not to the opposition Free Syria Army, the report’s authors found. Civilians, likewise, are increasingly being drawn into the opposing camps, they said.

“Feeling threatened and under attack, ethnic and religious minority groups have increasingly aligned themselves with parties to the conflict, deepening sectarian divides,” the report stated.

The report was the gloomiest portrayal of the conflict by the Geneva-based council since it established an independent rapporteur on Syria last year. Investigators for the U.N. body have interviewed more than 1,200 victims and refugees over the past year, most recently under the direction of Carla del Ponte, a former chief prosecutor of the International Criminal Court who investigated alleged war crimes in the former Yugoslavia.

Syria has criticized the council’s past reports as biased and politically motivated.

The report cited evidence of massacres by pro- and anti-government militias, as well as increasing accounts of civilians being directly targeted by artillery, aerial bombs and snipers. It also quoted former detainees who consistently described the use of torture, including electric shock applied to genitals, in government prisons. It also recounted numerous attacks on hospitals and medical clinics — assaults that, if confirmed, could constitute war crimes.

“As the conflict drags on, the parties have become ever more violent and unpredictable, which has led to their conduct increasingly being in breach of international law,” the report stated.

The release of the report coincided with an appeal from the U.N. refugee organization for $1 billion to assist the growing throngs of Syrian refugees encamped in bordering countries. Officials in Geneva appealed to international donors for the money to feed and house up to 1 million Syrians who are expected to need assistance during the first half of 2013. An additional $500 million will be needed next year to help internally displaced Syrians, according to the refu­gee agency.

Syrian troops, meanwhile, continued to pound rebel strongholds near Damascus on Wednesday as part of a new offensive against opposition forces in the outskirts of the capital. State-run news agencies said the operations have killed “scores of terrorists,” the term used by the government to describe rebel fighters.