Two-thirds of Qaeda leaders ‘removed’ since ’09: US 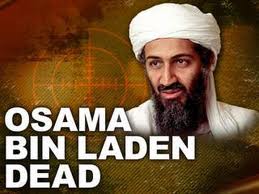 The United States has eliminated more than 20 of al Qaeda’s top 30 leaders based in Afghanistan and Pakistan from the battlefield since Barack Obama became president, a top US government security official said on Tuesday.

Daniel Benjamin, head of the State Department’s counterterrorism bureau, said that when Obama took office in 2009, al Qaeda’s central organisation, then led by Osama bin Laden, was a “formidable and dangerous organisation.” By contrast, at the end of 2012, al Qaeda’s core has “been seriously degraded,” not least by the US commando raid that killed bin Laden at his hideout in Pakistan in 2011, Benjamin said at a meeting of the Brookings Institution’s Saban Centre for Middle East Policy, “We have removed more than 20 of al Qaeda’s top 30 leaders” over the last four years, Benjamin said.

“In short, the al Qaeda core is on the path to defeat. The two most dangerous affiliates, while still posing serious threats, have suffered their worst setbacks in years,” Benjamin said, referring to militant groups in Yemen and Somalia.