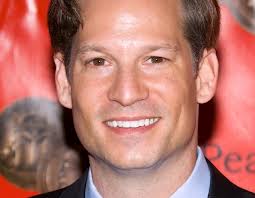 NBC foreign correspondent Richard Engel and his crew were rescued after five terrifying days in the hands of Syrian kidnappers, who tortured them with mock executions.

The journalists — Engel and four other team members — had been taken by thugs loyal to Syrian President Bashar al-Assad, who wanted to trade them for their agents captured by rebels, the newsmen said.

“It is good to be here. I am very happy that we’re able to do this live shot this morning,” Engel told NBC’s “Today” from Antakya, Turkey.

The kidnapped journalists were kept bound and blindfolded, and moved to various safe houses along the way.

Their lucky break came last night when kidnappers, driving them in a minivan, came upon an unexpected rebel checkpoint, according to Engel, 39.

A gunfight ensued, as two kidnappers were killed and the journalists were freed by rebels.

“It was a traumatic experience,” Engel said. “We’re very happy to be here.”

The journalists said they were never physically beaten — it was worse than that as they were subjected to “psychological torture.”

“They made us choose which one of us would be shot first, and when we refused, there were mock shootings. They pretended to shoot Ghazi several times,” Engel said, pointing to producer Ghazi Balkiz.

“When you’re blindfolded and then they fire the gun up in the air, it can be a very traumatic experience.”

Balkiz said he was thinking about his wife, parents and brother throughout the ordeal, fearing the emotional toll his kidnapping had taken on them.

“They were five long, hard days,” Balkiz said. “I was feeling bad [about] what I had been putting them [family members] through.”

The crew was kept together throughout the kidnapping and were not allowed to speak.

But the journalists still managed to communicate with each other, peeking under their blindfolds and joking when they their captors left the room.

“It helped that I was actually captured with them,” Balkiz said of his NBC colleagues, “because we kept each other’s spirits up.”

Each day, the victims said they forced themselves to find a reason to be optimistic and/or come to grips with a possible, worst outcome.

“During the ordeal I made amends with my maker,” photo journalist John Kooistra said. “I made good with myself. I was prepared to die many times.”