EU Nobel cash goes to Children in Syria, other countiries 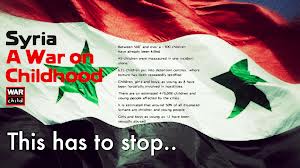 The European Union on Tuesday donated its 2012 Nobel peace prize cash, plus a one million-euro top-up, to thousands of children impacted by war in Syria, Colombia, Congo and Pakistan.

“In situations of conflict, children are often the most vulnerable,” said EU president Herman Van Rompuy. “So it is only right that this award should benefit young victims of armed conflicts.”

The 27-nation union said at the time it would top up the cash to donate a total two million euros to children affected by conflict.

The funds will go to help 23,000 children in four projects:

— around 4,000 Syrian refugee children in camps at the border between Iraq and Syria

— more than 5,000 Colombian children, most of them refugees in Ecuador

— 3,000 Pakistani children in the conflicted-affected north of the country.

The EU said UNICEF will implement the project in Pakistan, Save the Children and the Norwegian Refugee Council will work with children in DRC and Ethiopia, UNHCR will run assistance in Colombia and Ecuador, and ACTED from France will work in the Domiz Refugee camp in Northern Iraq with Syrian children.

The EU was named Nobel peace laureate for helping turn a continent at war to a continent at peace in the 60 years since it was born from the aftermath of World War II.

The bloc said that currently, 90 percent of the victims of conflicts are civilians, half of them children.

Some seven million children are refugees and 12.4 million are displaced within their own country due to conflict.