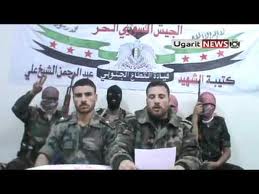 They were allowed to enter Turkey through the Boukelmaz crossing under tight security measures, the Anadolu Agency said.

The Syrian army officers were accompanied by family members and 17 wounded Syrians.

The defectors asked for political asylum and were taken to a nearby Syrian refugee camp.

Syrian President Bashar al-Assad has lost a stream of high-level government and military officials in recent months as his forces continue battling rebels seeking an end to four decades of al-Assad family rule.

Over 42,000 Syrians have been killed since the uprising began in March 2011