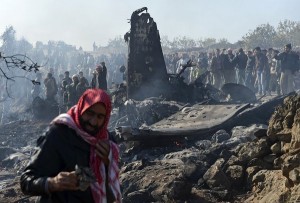 The Obama administration, hoping that the conflict in Syria has reached a turning point, is considering deeper intervention to help push President Bashar al-Assad from power, according to government officials involved in the discussions.

While no decisions have been made, the administration is considering several alternatives, including directly providing arms to some opposition fighters.

The most urgent decision, likely to come next week, is whether NATO should deploy surface-to-air missiles in Turkey, ostensibly to protect that country from Syrian missiles that could carry chemical weapons. The State Department spokeswoman, Victoria Nuland, said Wednesday that the Patriot missile system would not be “for use beyond the Turkish border.”

But some strategists and administration officials believe that Syrian Air Force pilots might fear how else the missile batteries could be used. If so, they could be intimidated from bombing the northern Syrian border towns where the rebels control considerable territory. A NATO survey team is in Turkey, examining possible sites for the batteries.

Other, more distant options include directly providing arms to opposition fighters rather than only continuing to use other countries, especially Qatar, to do so. A riskier course would be to insert C.I.A. officers or allied intelligence services on the ground in Syria, to work more closely with opposition fighters in areas that they now largely control.

Administration officials discussed all of these steps before the presidential election. But the combination of President Obama’s re-election, which has made the White House more willing to take risks, and a series of recent tactical successes by rebel forces, one senior administration official said, “has given this debate a new urgency, and a new focus.”

The outcome of the broader debate about how heavily America should intervene in another Middle Eastern conflict remains uncertain. Mr. Obama’s record in intervening in the Arab Spring has been cautious: While he joined in what began as a humanitarian effort in Libya, he refused to put American military forces on the ground and, with the exception of a C.I.A. and diplomatic presence, ended the American role as soon as Col. Muammar el-Qaddafi was toppled.

In the case of Syria, a far more complex conflict than Libya’s, some officials continue to worry that the risks of intervention — both in American lives and in setting off a broader conflict, potentially involving Turkey — are too great to justify action. Others argue that more aggressive steps are justified in Syria by the loss in life there, the risks that its chemical weapons could get loose, and the opportunity to deal a blow to Iran’s only ally in the region. The debate now coursing through the White House, the Pentagon, the State Department and the C.I.A. resembles a similar one among America’s main allies.

“Look, let’s be frank, what we’ve done over the last 18 months hasn’t been enough,” Britain’s prime minister, David Cameron, said three weeks ago after visiting a Syrian refugee camp in Jordan. “The slaughter continues, the bloodshed is appalling, the bad effects it’s having on the region, the radicalization, but also the humanitarian crisis that is engulfing Syria. So let’s work together on really pushing what more we can do.” Mr. Cameron has discussed those options directly with Mr. Obama, White House officials say.

France and Britain have recognized a newly formed coalition of opposition groups, which the United States helped piece together. So far, Washington has not done so.

Intelligence officials and independent specialists on Syria said that the administration was reviewing its Syria policy in part to gain credibility and sway with opposition fighters, who have seized key Syrian military bases in recent weeks. “The administration has figured out that if they don’t start doing something, the war will be over and they won’t have any influence over the combat forces on the ground,” said Jeffrey White, a former Defense Intelligence Agency intelligence officer and specialist on the Syria military. “They may have some influence with various political groups and factions, but they won’t have influence with the fighters, and the fighters will control the territory.”

Another person who has been consulted and briefed on the administration’s thinking about Syria said, “The U.S. won’t be able to maintain the position where it’s been,” adding, “Whatever we do will be done in close coordination with the allies.”

Senior Congressional officials and diplomats in the region said that they had not been briefed on any impending policy shifts and expressed doubts any would be made until Mr. Obama had selected his new national security team, including new secretaries of state and defense, a new director of the C.I.A. and perhaps more. In recent months, these officials and diplomats said that the administration had kept them updated about its Syria policy.

Until now, the United States has offered only limited support to the military campaign against the Syrian government, instead providing nearly $200 million in humanitarian and other nonlethal aid. In addition, a small number of C.I.A. officers have operated secretly in southern Turkey for several months, according to American officials and Arab intelligence officers, helping allies decide which Syrian opposition fighters across the border would receive shipments of weapons.

The weapons, including automatic rifles, rocket-propelled grenades, ammunition and some antitank weapons, are being funneled mostly across the Turkish border by way of a shadowy network of intermediaries overseen mainly by Saudi Arabia and Qatar, American officials said. Even that limited effort is being revamped in the wake of evidence that most of the arms sent to Syrian opposition fighters are going to hard-line Islamic jihadists, not the more secular opposition groups supported by the West.

American officials say the administration is now weighing whether the United States should play a more direct role in supplying the opposition fighters with weapons to help ensure that the arms reach the intended groups.

“The problem right now is that we don’t have much visibility into where these weapons are going,” one senior administration official said recently. “That’s the problem with outsourcing the issue.”

On the more immediate concern about defending Turkey, NATO is expected to act on the Patriot missile request next week. The Patriot PAC-3 is the most modern air defense system in the American and NATO arsenals. Built by Lockheed Martin, the system successfully shot down Iraqi missiles in the early days of the war there in 2003, and has been deployed to South Korea to protect against missile attacks from the North.

In the case of the impending deployment to Turkey, the missiles could come from the United States, the Netherlands and Germany. While they could reach into Syrian territory, their range is limited. Turkey requested the missiles after Syrian artillery and mortar fire landed inside Turkish territory, killing several civilians.

Photo: Rebels in northern Syria celebrated on Wednesday next to what was reported to be a government fighter jet.