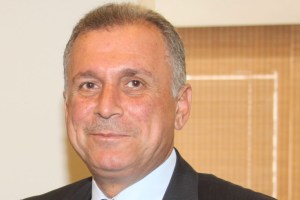 Lebanon Speaker Nabih Berri met on Saturday with a delegation of the Progressive Socialist Party to discuss the initiative of PSP leader MP Walid Jumblatt which is aimed at resolving the government crisis.

This development comes few days after the PSP delegation visited Lebanon president Michel Suleiman at the Baabda presidential Palace to brief him on the initiative.

Following the meeting, Terro said Jumblatt will disclose on Monday the details of his initiative.

“We informed Speaker Berri about the details of the initiative which the PSP leader will announce on Monday,” said Terro.

Terro revealed that Berri voiced support for the initiative and praised the party’s efforts in trying to prevent strife in Lebanon.”

An Nahar newspaper also reported that the meeting with Berri was positive . The Speaker told An Nahar on Saturday: “My stance on Jumblatt’s initiative is positive ”

According to media reports the initiative calls on the rival March 14 and March 8 camps to resume the National Dialogue, end their media campaigns in order to prevent sectarian strife and resolve the government crisis.

Political tension has been on the rise in Lebanon ever since Internal Security Forces intelligence chief, Brig. Gen. Wissam al-Hassan was assassinated .

March 14 accused Syria of being behind the assassination that took place last October 19 , held the cabinet responsible for it and demanded that Prime Minister Najib Mikati should resign and a new national salvation government to be formed. The alliance also announced a boycott of all government work at the parliament.

The current government which was reportedly “made in Syria ‘ is dominated by the Iranian and Syrian backed Hezbollah militant group.