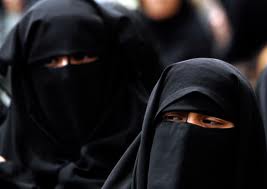 For the past week, the Afghan capital has been draped with black cloth arches and festooned with huge colored banners. Mournful, pounding chants pour from loudspeakers across the city, filling the air with slow martial intensity.< The dramatic display is all part of Muharram, the 10-day Shiite festival that commemorates the slaying of Imam Hussein, a 7th-century holy figure and early champion of Islam. But it is also a symbol of the growing religious and political freedom that Afghanistan’s long-ostracized Shiites have had in the past decade.

Now, as Western military forces prepare to leave the country by 2014, Afghan Shiites, most of whom are from the Hazara ethnic minority, fear that their window of opportunity may slam shut again, leaving larger rival ethnic groups as well as Taliban insurgents, who are radical Sunni Muslims, dominating power.

“Everything we have achieved, our ability to come out and participate in society, has been in the shade of the international community and forces,” said Mohammed Alizada, a Hazara Shiite who was elected to parliament in 2009. “We are very concerned that once they leave, the fundamentalists will reemerge, ethnic issues will return, and we will lose what we have gained.”

There are more immediate fears, as well. Sectarian violence, historically absent from Afghan society, has been intensifying in next-door Pakistan and spilling across the border. During last year’s Muharram festival, two Shiite shrines in Kabul and the northern city of Mazar-e Sharif were bombed, killing more than 80 people. Shiite leaders say the Kabul attack was carried out by Lashkar-i-Jhangvi, an outlawed Sunni militant group based in Pakistan.

Tensions increased palpably in Kabul on Saturday, the climactic 10th day of Muharrram known as Ashura, when groups of young men beat their chests and whip themselves with chains and knives in penance for the death of Hussein, a grandson of Prophet Muhammad.

No terrorist attacks were reported, and Afghan officials attended Muharram ceremonies under heavy security. But at Kabul University, clashes erupted between groups of students after an Ashura ceremony in a dormitory. Police reported that dozens were wounded and at least 30 arrested. One student was killed.

Afghan Sunnis, who make up about 80 percent of the populace, generally tolerate Shiites and observe Muharram in a quieter way, praying and giving charity to the poor. At other times of year, Afghans of all backgrounds flock to majestic Shiite shrines to meditate, feed pigeons or celebrate the Persian new year in the spring.

In West Kabul, the heart of the Hazara community, a heady, almost frenzied atmosphere has been growing all week. But this year, the arches and banners and chants have reached farther than ever across the city, arousing new resentment from the Sunni populace.

The hostility also stems from another concern: the widespread belief that Iran, Afghanistan’s Shiite neighbor to the west, is promoting Shiism and bolstering Hazara leadership as a way to gain cultural and political influence.