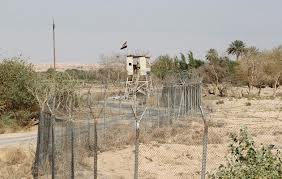 Rebels said they captured an airport used by Syria’s military near the Iraqi border on Saturday, strengthening their hold on the recently seized border town of Albu Kamal.

Assad has been struggling to put down the 20-month-old revolt against his rule, which began as peaceful protests but has morphed into a civil war that has spread to most of the country. Opposition supporters say more than 38,000 people have died.

Hamdan airport was once used to transport farm produce but was converted to a base for helicopters and military tanks during the unrest. The capture of Hamdan means Assad’s forces now only hold one air base in the province – the main military airport in Deir al-Zor city.

The activist Amir, speaking on Skype, said the rebels were able to seize some mortars and armoured vehicles as well as ammunition.

There was no comment from the Syrian government or state TV on the activists’ claims.

If rebels keep their hold on the airport, then Albu Kamal, a border city of more than 60,000 people, is likely to stay in rebel hands, said Rami Abdulrahman, head of the Syrian Observatory for Human Rights.

The fighters seized Albu Kamal two days ago but had been unable to take the nearby Hamdan airport, from which helicopters had been taking off and hitting rebel areas.

“These new captures means that the largest territory outside of regime control is now the region along the Iraqi border in Deir al-Zor,” he said.

But the rebels’ hold of territory on the ground is unlikely to prevent attacks from the sky, in what has become a typical cycle for clashes between the Syrian army and rebels.

Opposition fighters, using improved tactics and equipped with heavier weapons than previous months, are able to capture territory and force out military units but are unable to fend off attacks from the air. The army often bombs security sites taken by the rebels, perhaps to destroy any useful equipment.

Around 12 rebel fighters were killed in shelling and heavy clashes near the outskirts of the city after the rebels seized the airport, according to activists.

“Some of the army officers left the soldiers in the airport and fled with three of the tanks and are trying to arrange a rescue, so the fighting has become fierce in the area,” al-Amir told Reuters by Skype.

Rebels have been trying to attack air bases in particular, in the hopes of grounding some of Assad’s air power.

The fighting has increasingly encroached on Assad’s seat of power in the capital of Damascus as well.

On Saturday, opposition activists said that nearly half of the roads and entrances to the capital had been closed except to military vehicles but had given no explanation for the tightened security.