Is Lebanon a Narco State, A Failed State or a Combination of Both?

by Ghassan Karam
1814
by Ghassan Karam Jonathan Marshall, a scholar at Stanford Studies in Middle Eastern and Islamic Societies and Cultures, has published a new book; The Lebanese Connection: Corruption, Civil War, And the International Drug Traffic. What a book!!!
Share: 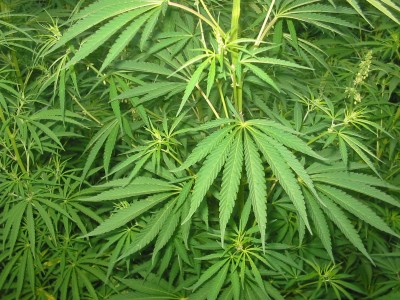 Jonathan Marshall, a scholar at Stanford Studies in Middle Eastern and Islamic Societies and Cultures, has published a new book; The Lebanese Connection: Corruption, Civil War, And the International Drug Traffic. What a book!!! It does not present a smoking gun evidence but is full of references to DEA newly declassified reports and has interviewed a large number of drug agents. In one report after another it builds the case that Lebanon has been a Narco state ever since its inception by accusing Beshara Khoury and his son Khalil as being heavily involved in illicit drugs and it moves to mention every major Lebanese politician: Geaga, Gemayels, Frangieh, Skaff and Jumblatt among many other political leaders from all sides.

Apparently the drug culture became so pervasive in the 1980’s that it is claimed that Lebanese heroin accounted for about 30% of US supply.Furthermore, some estimates claim that up to 40% of the Lebanese GDP was generated in the drug trade. Obviously the drug money was used to finance the Lebanese civil war by all sides and factions. Civil wars cannot be sustained unless there is a major source of finance. This was the major theory of Paul Collier, an economist at the World Bank. The idea of whether civil wars take place as a result of “greed or grievance” is still being discussed at the present. Mr Collier suggested that his studies indicated that most such conflicts are fueled by greed rather than grievance. To be fair, grievance does play a role but seems to be superceded by greed. The Lebanese civil war supports this hypothesis to a large extent. How else does one explain the massacres of the young Frangieh and his family besides that of Danny Chamoun. These killing are nothing else but the result of gangs fighting over valuable turf, illicit drug trade.

No wonder the book is banned in Lebanon. I would have never thought that Lebanon was ever as deeply involved in illicit drugs as the evidence seems to suggest. The tragedy, and it is a tragedy, is not only the fact that poor farmers resorted to planting Cannabis, producing Hashish and opium but is essentially the involvement of the politicians from all sides and denominations. It was the politicians that offered the poor farmers the political cover and it was these same politicians that financed the heroin laboratories, over a hundred of them. It is even alleged that official Lebanese diplomatic pouches were often used to smuggle these deadly drugs. What is also fascinating is that the Syrian occupation did not actively promote this trade but were simply satisfied to be neutral observers who allowed the trade to go on provided they got their cut.

Nothing sums up the depth of the drug trade in Lebanon better than the following two quotes from two different DEA agents: “The main business of Lebanon is the production and export of heroin and hasish” Michael Pavlick , 1988 and “You can’t have any power in Lebanon, whether military or political, if you do not profit from drugs” DEA, 1986. Have things changed much over the past 15-20 years? It might be helpful ,before you answer that, to know that only 3 days ago the official drug authorities in the Netherlands declared that they were concerned that banning legal hash bars would not work because the authorities are not in a position to stop the Lebanese hash suppliers.

If there is enough interest from Lebanese readers I can possibly arrange to have some brief summaries of each chapter be posted to Yalibnan or a special web site for that purpose.